❓What is a History Research Paper?

Studying history is important. As we look to understand the things that have shaped our existence, we learn more about ourselves. Essentially, by studying our past, we re-examine human existence and all that makes up the human condition. We can reinterpret the present and avoid the errors made in the past. That said, writing a history paper can be a challenge.

What is a History Research Paper?

When someone reads the paper, they will meet the thesis within the first couple of paragraphs. As they read more, they contemplate what they are being shown. They are presented with evidence to weigh and they might find themselves wanting to know more about the topic. No matter the subject matter, history research papers present the writer's own ideas and back them up with evidence such as others' ideas.

A research paper is different from an essay. Essays are usually personal interpretations of a subject while research papers build on ideas and evidence by experts. Though you can buy history papers, here are some unique ideas to get you started on a topic you might be interested in.

Choosing good history topics to research is a challenge for college students. Many students spend too much time worrying about which topic to choose that they don't even consider that they also need to learn how to write historical papers.

The majority of research papers require a particular style. This might be comparative, analytical, argumentative, or reflective. You might also be guided to a certain style:

Now we have some background information, let's explore our list of history topics. For some of them, we have expanded the topic to give you more information.

Ancient history is often one of the favourite history research paper topics for college students.

Here are some interesting history research paper topics before 1500.

When it comes to world history topics, you have a huge scope and it can be hard to narrow them down. Here are some interesting history topics from around the world:

Of course, both WWI and WWII were in the 20th century but there is so much more to this century than the two huge wars. Here are some history research paper topics from the 1900s to 2000.

Modern history also encompasses some interesting research topics. These include:

If the French Revolution interests you, here is a list of research topics.

This is AI-powered online tool that lets you create a thesis statement about any topic you need.

There are many argumentative research paper topics for European History. Here are some examples:

American History topics are always interesting and there is usually lots of evidence and sources to help you write a good research paper.

For anyone interested in US History, these American history research paper topics for college students are great ones to get stuck into:

When many people look for history research paper topics for middle school, they like to combine it with another subject they are studying like art. Some people also write about music history paper topics. Here are some historical topics that are on the subject of art.

Having the freedom to choose an essay topic can be both exciting and daunting. It is a huge challenge and responsibility. Hopefully, though, one of our research paper topics 2022 will help set you off on the right path to producing a great essay!

Remember that writing a history research paper is different from writing an essay. With this type of essay, you need to combine your own ideas with the ideas of historians and researchers before you come up with a supporting argument to a thesis. While you might choose any one of our ideas above, you should always bear in mind that you'll need to find sources and evidence to use in your research paper. If you find a topic that is too difficult to find enough information on, it might be that you should choose a different slant or a different topic altogether. You should never leave this sort of paper until the last minute before the deadline. A research paper takes time and effort and done right, is a really satisfying assignment to hand in. Good luck! 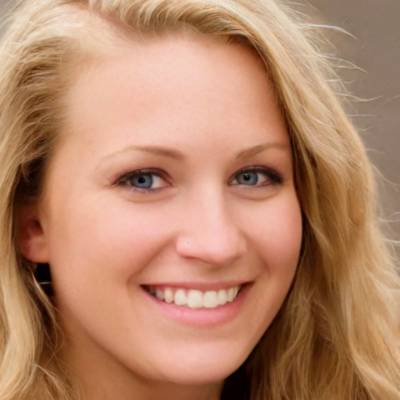 I’ve worked for the past eight years as a content editor, creative writer, and professional essay writer. Every day, I work hard to make sure my clients are satisfied with the projects and papers I write for them. My areas of expertise are wide, ranging from Psychology and Sociology to Political Science and World History.