Works and Days is a classical Greek poem written by Hesiod. The poem questions justice and equality, order, work and measure, shame and honor, and personal happiness and well-being. He was writing poems approximately at the same time as Homer did. However, there is a big difference between these two poets. The classic epic narrative which Homer used does not allow the poet to write about himself. Poems written by Hesiod have a didactic narrative. In a didactic poem, the poet shares the details of personal life. You will notice that after a brief analysis of the poem. Our paper writing service prepared detailed research. Here, you can read the summary of this epic poem written in dactylic hexameter, along with the in-depth analysis.

The ancient Greek poet Hesiod was born in Central Greece, in Boetia, in the C8th B.C. His father immigrated from Cyme to Greece. Alongside Homer, he is considered one of the most important and respected Greek poets. What is interesting about him is that he was the first poet in the history of European literature who presented himself as an individual and who clearly stood out as an individual, providing autobiographical information about himself. Today, many consider this incredible poet an essential source of information on ancient Greek mythology, economics, astronomy, and agriculture. His songs require deep analysis.

It is believed that Hesiod was a rhapsodist first. It is a person who professionally recites poetry. That may be how he learned the tools before becoming the poet himself. His most famous besides the one that is in focus here, are

At first, it was believed that the poem was written after Works and Days. Today, after a deep analysis, it is considered that Theogony was created first. In Theogony analysis, the first thing to notice is that the focus is on the Gods. In the analysis of another one, readers will notice that the place of mortals and human life, in general, are in the center. Here, you’ll get Works and Days Hesiod interpretation and analysis to help you understand the poem and its meaning.

Works and Days is a poem of work, and the analysis clearly points it out. The poet wrote it as a warning to Perses, his brother, who was a drunk. The poet gives the brother a series of advice on acquiring wealth and earning, but in an honorable way. From the myth of Prometheus, the story of Pandora, and the myth of the five races of humanity (the golden age, silver, bronze, the age of heroes, and the iron age), the poet derives the thought that once upon a time, life was carefree. On the other hand, the present is bitter and not as shiny and happy as before.

In the poem’s first part, the poet focuses on the necessity of work and its importance. At the very beginning, the Muses are requested to sing their song to honor Zeus, the king of Gods. The punishment by Zeus would always be significant, as he controls realms of existence and posses extreme power. The poet is asked to be listened to as he tells the story about Perseus and how he bribed the judges after their father died to get more of everything.

There are two Hesiod Works and Days types of strife. The first one promotes conflict and fighting. The second one makes men competitive and encourages them to achieve more. The poet then tries to persuade Perses to stop the destructive conflict and instructs his brother to start with honorable work.

For many students, the analysis of the poem is pretty complicated. In such cases, there is an option to pay for essay and get the work done by a professional writer. That is much easier and simpler. After all, Hesiod’s poems, including Theogony, require deep work when it comes to analysis.

Hesiod Works and Days agriculture calendar comes next as the poem’s second part. He explains the work for every part of the calendar in much detail. In a way, he gives farmers guidance on when it is the best time for plowing and sowing. He explains how old the servants should be and how they must behave.

The poem includes instructions on how and what every farmer needs to do during the specific time of the year, whether it be summer or winter. He also explains how to build ships and when they should be set for sail. In addition, he points out the time when sailing should be avoided.

In the third part of the poem, the poet shares details about the crucial days of each month. He is telling which days are considered lucky and which ones are considered unlucky. Certain parts of the month are ideal for threshing, sowing, shearing, etc. The poem ends with this series of traditional customs and auspicious days of the month.

There were different opinions about this third and last part of the poem. Many say that Hesiod didn’t write that part. However, there is no agreement on this.

Hesiod’s Works and Days poem analysis is pretty complex. The poem is dedicated to working, farmers, and common life. The most important aspect of the poem is labor. It is essential, and it is the source of all good. On the other hand, the analysis shows the poet attack all those people who are idle, suggesting that everyone, men and gods, hate the sluggishness.

The poem contains a lot of wisdom and advice. The tips the poet gives to Perses are essential as he tries to convince him to start earning in an honorable way. The poet’s agenda can be noticed as soon as you dive deeper into the analysis of the poem. He attacks the judges who ruled in favor of the Perses. Thus, he got a significant part of the inheritance after their father died. The analysis shows that poem has a strong personal character, representing his response to the unfair decision of the judges.

The rule of law in Days and Works by Hesiod is obvious. The poem is not very long, but it is a source of various things, including myths, stories about gods, and guidance for farmers of the time. In addition, the analysis shows that Hesiod’s famous poem is important for another reason. It is the origin of the golden age phrase. The poet divides history into five parts: golden, silver, bronze, heroic, and iron. From the moment the poem was written to the present day, each time the term golden age was used is because of this ancient Greek poet.

The poem delves into various themes, such as the importance of hard work in human societies, the concept of justice, the interdependence between humans, gods, and the environment, the contrast between truth and lies, and the existence of divine justice. All these things can be noticed only with deeper analysis. The poet also shines a light on the damaging effects of his brother's behavior on himself as well as on the community.

Hesiod’s Works and Days surpass Theogony in terms of poetic value, not only in approach but in content. This is more personal poetry. The poet does not describe glorious events of the past. He focuses on the problematic present. It gives an explanation that all the wisdom in life acquired by experience is supreme over imagination.

Works and Days is an epic poem by Hesiod, the famous Greek poet. He most likely wrote it against a background of agrarian crisis in mainland Greece. In the poem, he praises fairness and justice, personal happiness, and work. At the same time, he rejects destructive war and raw heroism. All these aspects give the poem a high moral value. The poet does not provide any descriptions of battles or representations of power. The opposite. He focuses on describing landscapes, villages, and other places with attention to detail, deep feelings, and personal observations.

It is explained throughout the poem that order, work, fairness and justness, shame and honor, and virtues and flaws follow any sociological or economic change. The foundation of morality lies in justice and labor. The poet managed to show the Hellenic spirit of the time and its fundamental features. He rejects chaos, passion, and indeterminacy. He supports order, logic, certainty, and measure.

If you were seeking the proper analysis of the poem, details about characters, and the poem’s parts explained and summarized, you’ve found them here. You also learn more about the poet. Ancient Greek literature has so much to offer, and this incredible poem is yet another confirmation. 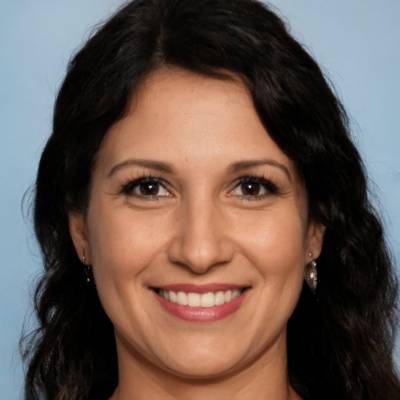