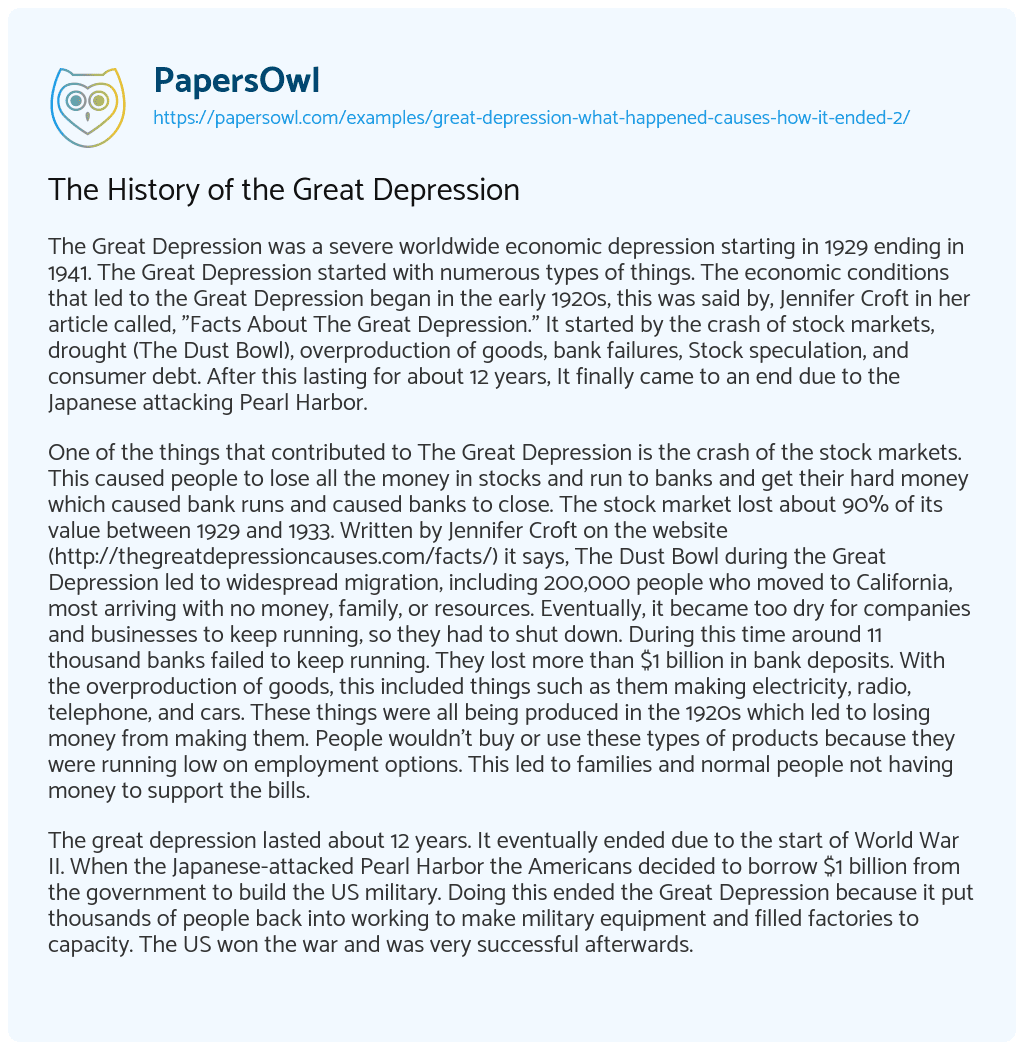 One of the things that contributed to The Great Depression is the crash of the stock markets. This caused people to lose all the money in stocks and run to banks and get their hard money which caused bank runs and caused banks to close. The stock market lost about 90% of its value between 1929 and 1933. Written by Jennifer Croft on the website (http://thegreatdepressioncauses.com/facts/) it says, The Dust Bowl during the Great Depression led to widespread migration, including 200,000 people who moved to California, most arriving with no money, family, or resources. Eventually, it became too dry for companies and businesses to keep running, so they had to shut down. During this time around 11 thousand banks failed to keep running. They lost more than $1 billion in bank deposits. With the overproduction of goods, this included things such as them making electricity, radio, telephone, and cars. These things were all being produced in the 1920s which led to losing money from making them. People wouldn’t buy or use these types of products because they were running low on employment options. This led to families and normal people not having money to support the bills.

The great depression lasted about 12 years. It eventually ended due to the start of World War II. When the Japanese-attacked Pearl Harbor the Americans decided to borrow $1 billion from the government to build the US military. Doing this ended the Great Depression because it put thousands of people back into working to make military equipment and filled factories to capacity. The US won the war and was very successful afterwards.

The History of the Great Depression. (2019, Sep 25). Retrieved from https://papersowl.com/examples/great-depression-what-happened-causes-how-it-ended-2/