Why Segregation should be Stop? 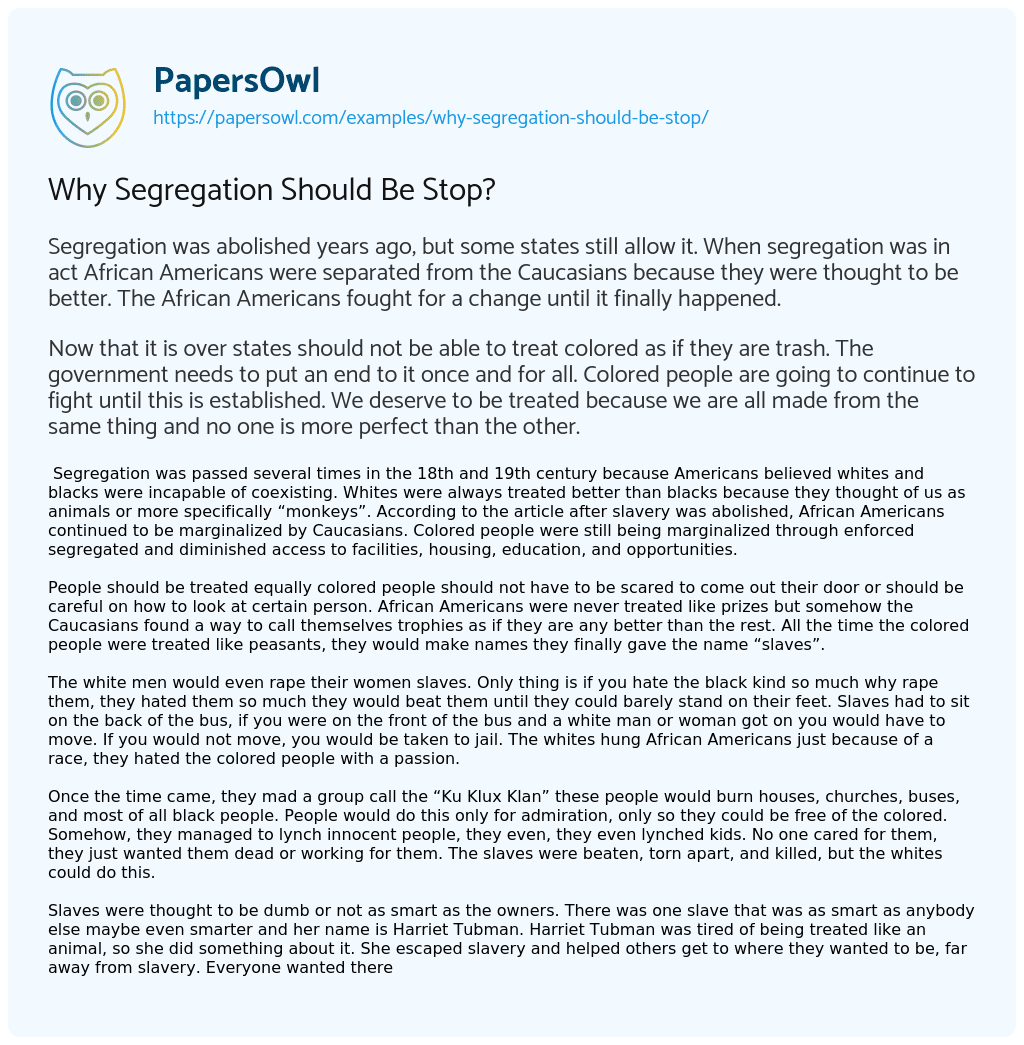 Now that it is over states should not be able to treat colored as if they are trash. The government needs to put an end to it once and for all. Colored people are going to continue to fight until this is established. We deserve to be treated because we are all made from the same thing and no one is more perfect than the other.

Why Segregation Should Be Stop?. (2021, Apr 29). Retrieved from https://papersowl.com/examples/why-segregation-should-be-stop/

History of School Segregation and Slavery