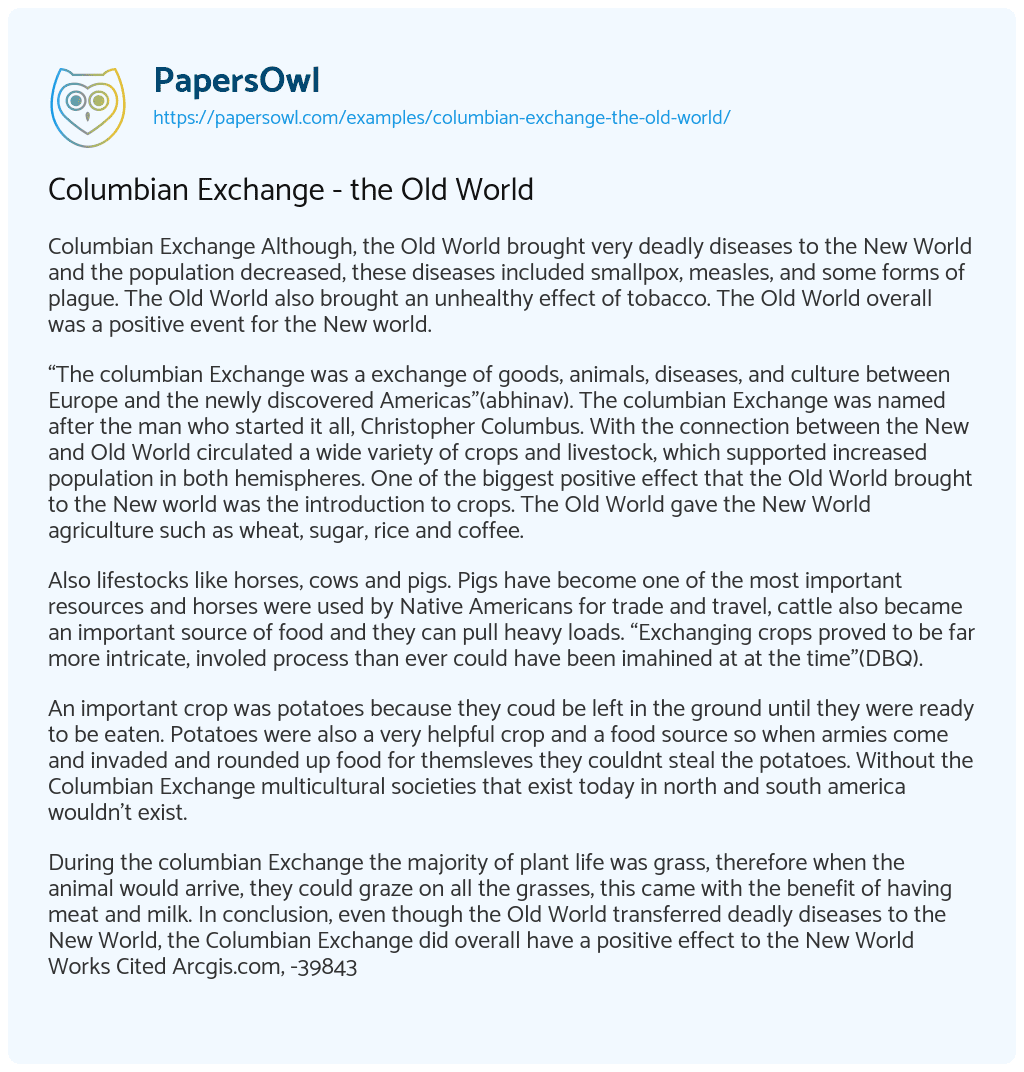 Columbian Exchange Although, the Old World brought very deadly diseases to the New World and the population decreased, these diseases included smallpox, measles, and some forms of plague. The Old World also brought an unhealthy effect of tobacco. The Old World overall was a positive event for the New world.

“The columbian Exchange was a exchange of goods, animals, diseases, and culture between Europe and the newly discovered Americas”(abhinav). The columbian Exchange was named after the man who started it all, Christopher Columbus. With the connection between the New and Old World circulated a wide variety of crops and livestock, which supported increased population in both hemispheres. One of the biggest positive effect that the Old World brought to the New world was the introduction to crops. The Old World gave the New World agriculture such as wheat, sugar, rice and coffee.

Also lifestocks like horses, cows and pigs. Pigs have become one of the most important resources and horses were used by Native Americans for trade and travel, cattle also became an important source of food and they can pull heavy loads. “Exchanging crops proved to be far more intricate, involed process than ever could have been imahined at at the time”(DBQ).

An important crop was potatoes because they coud be left in the ground until they were ready to be eaten. Potatoes were also a very helpful crop and a food source so when armies come and invaded and rounded up food for themsleves they couldnt steal the potatoes. Without the Columbian Exchange multicultural societies that exist today in north and south america wouldn’t exist.

During the columbian Exchange the majority of plant life was grass, therefore when the animal would arrive, they could graze on all the grasses, this came with the benefit of having meat and milk. In conclusion, even though the Old World transferred deadly diseases to the New World, the Columbian Exchange did overall have a positive effect to the New World Works Cited Arcgis.com, -39843