Bill Gates is the Creator of Microsoft 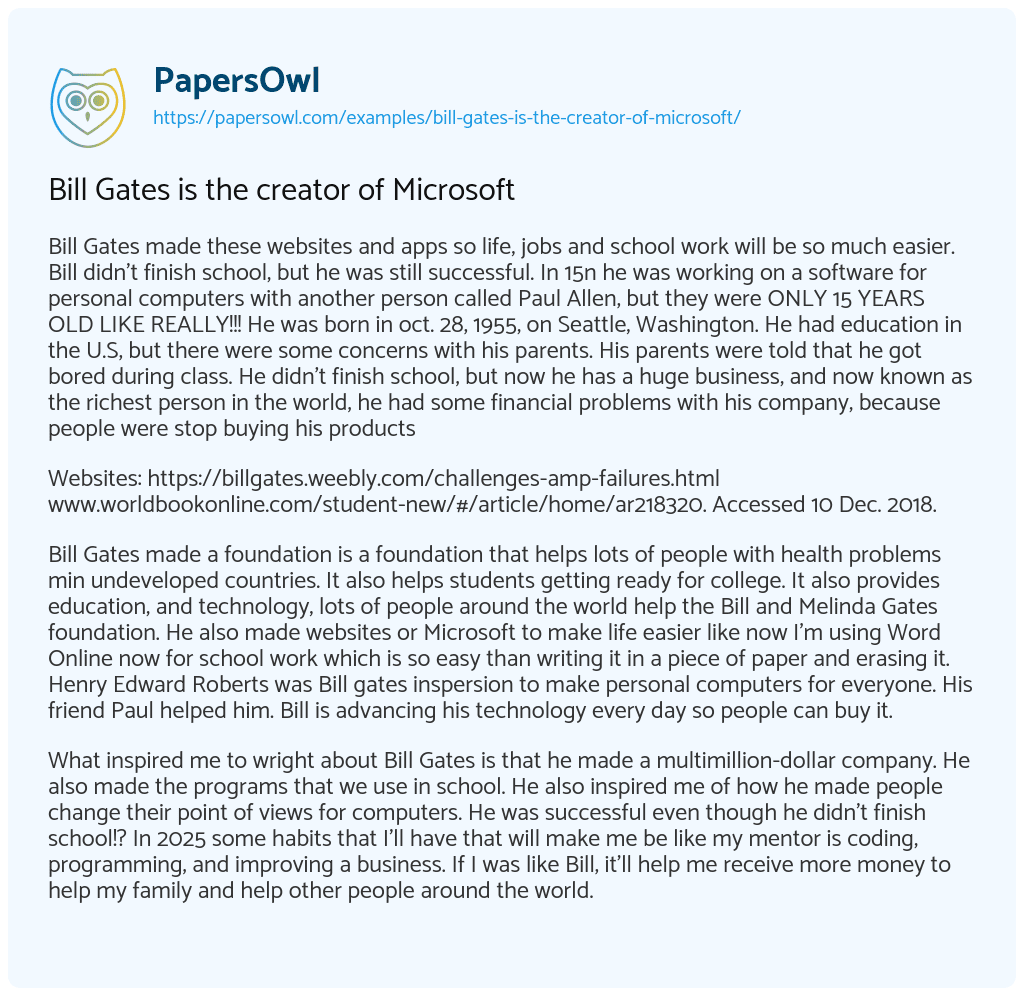 Bill Gates made these websites and apps so life, jobs and school work will be so much easier. Bill didn’t finish school, but he was still successful. In 15n he was working on a software for personal computers with another person called Paul Allen, but they were ONLY 15 YEARS OLD LIKE REALLY!!! He was born in oct. 28, 1955, on Seattle, Washington. He had education in the U.S, but there were some concerns with his parents. His parents were told that he got bored during class. He didn’t finish school, but now he has a huge business, and now known as the richest person in the world, he had some financial problems with his company, because people were stop buying his products

Bill Gates made a foundation is a foundation that helps lots of people with health problems min undeveloped countries. It also helps students getting ready for college. It also provides education, and technology, lots of people around the world help the Bill and Melinda Gates foundation. He also made websites or Microsoft to make life easier like now I’m using Word Online now for school work which is so easy than writing it in a piece of paper and erasing it. Henry Edward Roberts was Bill gates inspersion to make personal computers for everyone. His friend Paul helped him. Bill is advancing his technology every day so people can buy it.

What inspired me to wright about Bill Gates is that he made a multimillion-dollar company. He also made the programs that we use in school. He also inspired me of how he made people change their point of views for computers. He was successful even though he didn’t finish school!? In 2025 some habits that I’ll have that will make me be like my mentor is coding, programming, and improving a business. If I was like Bill, it’ll help me receive more money to help my family and help other people around the world.

Bill Gates is the creator of Microsoft. (2020, Jan 10). Retrieved from https://papersowl.com/examples/bill-gates-is-the-creator-of-microsoft/

Bill Gates and his Company: Microsoft

Bill Gates is a Philanthropist