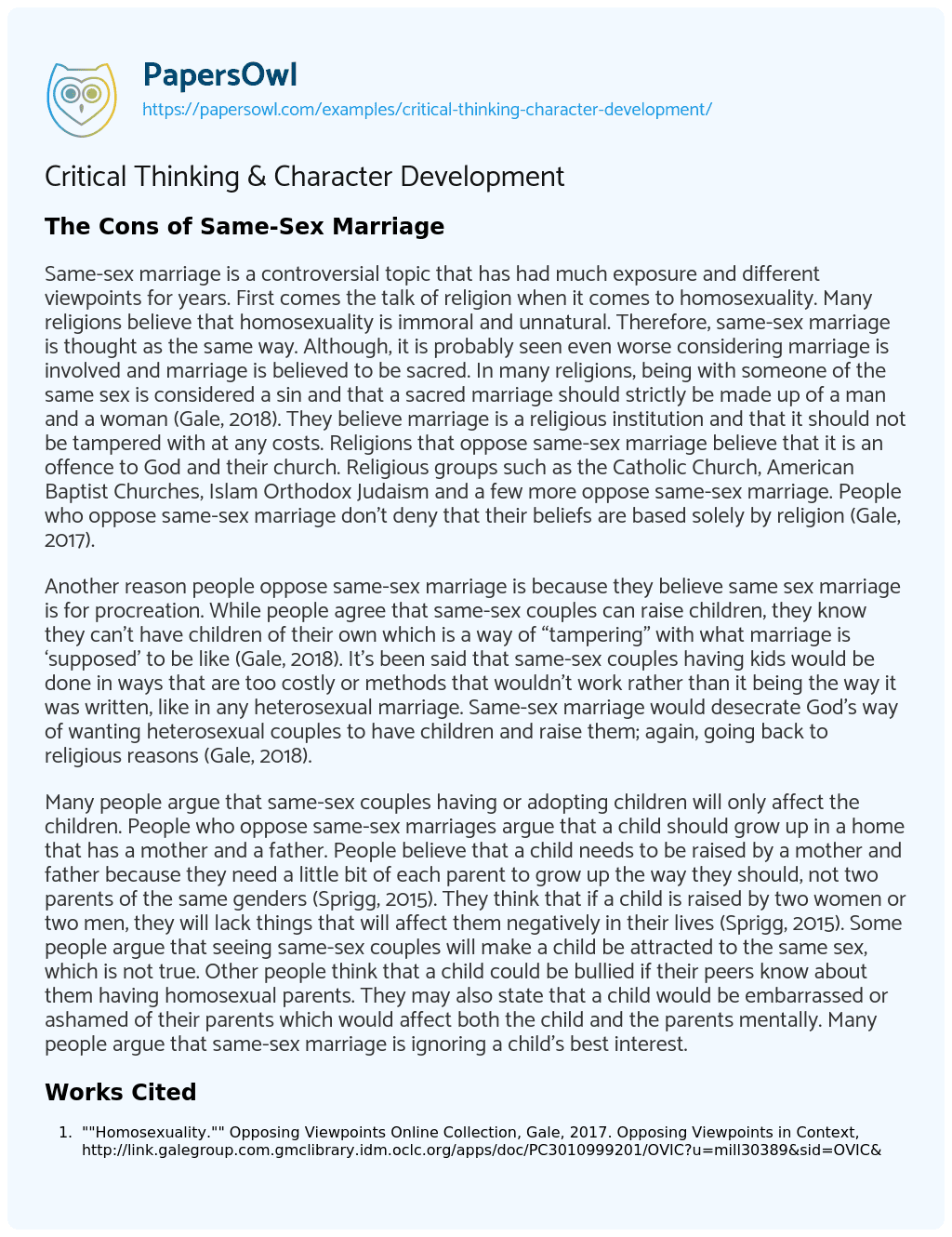 The Cons of Same-Sex Marriage

Another reason people oppose same-sex marriage is because they believe same sex marriage is for procreation. While people agree that same-sex couples can raise children, they know they can’t have children of their own which is a way of “tampering” with what marriage is ‘supposed’ to be like (Gale, 2018). It’s been said that same-sex couples having kids would be done in ways that are too costly or methods that wouldn’t work rather than it being the way it was written, like in any heterosexual marriage. Same-sex marriage would desecrate God’s way of wanting heterosexual couples to have children and raise them; again, going back to religious reasons (Gale, 2018).

Many people argue that same-sex couples having or adopting children will only affect the children. People who oppose same-sex marriages argue that a child should grow up in a home that has a mother and a father. People believe that a child needs to be raised by a mother and father because they need a little bit of each parent to grow up the way they should, not two parents of the same genders (Sprigg, 2015). They think that if a child is raised by two women or two men, they will lack things that will affect them negatively in their lives (Sprigg, 2015). Some people argue that seeing same-sex couples will make a child be attracted to the same sex, which is not true. Other people think that a child could be bullied if their peers know about them having homosexual parents. They may also state that a child would be embarrassed or ashamed of their parents which would affect both the child and the parents mentally. Many people argue that same-sex marriage is ignoring a child’s best interest.

Explaining the Relationship between Logic and Critical Thinking