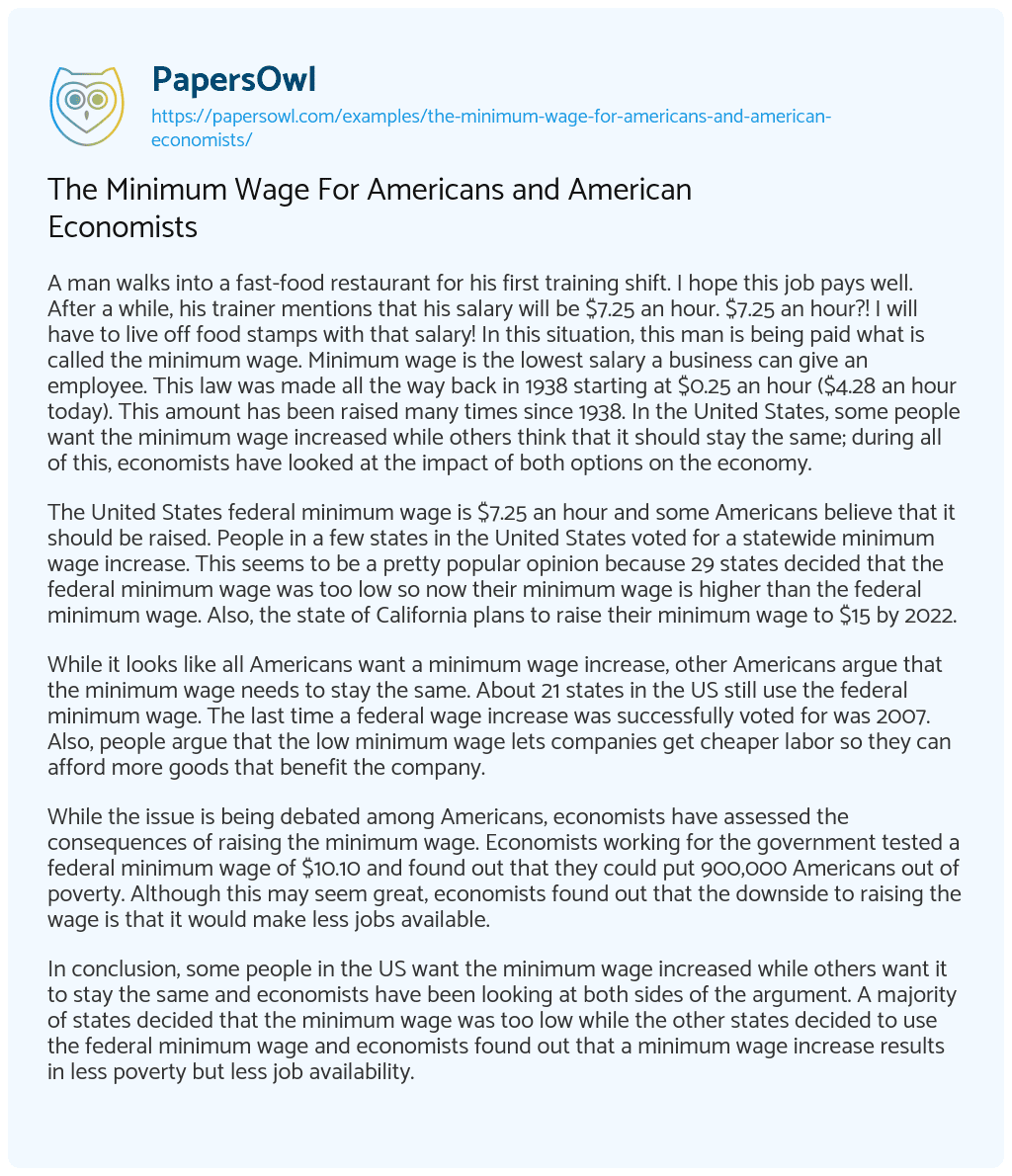 A man walks into a fast-food restaurant for his first training shift. I hope this job pays well. After a while, his trainer mentions that his salary will be $7.25 an hour. $7.25 an hour?! I will have to live off food stamps with that salary! In this situation, this man is being paid what is called the minimum wage. Minimum wage is the lowest salary a business can give an employee. This law was made all the way back in 1938 starting at $0.25 an hour ($4.28 an hour today). This amount has been raised many times since 1938. In the United States, some people want the minimum wage increased while others think that it should stay the same; during all of this, economists have looked at the impact of both options on the economy.

The Minimum Wage For Americans and American Economists. (2019, Oct 09). Retrieved from https://papersowl.com/examples/the-minimum-wage-for-americans-and-american-economists/