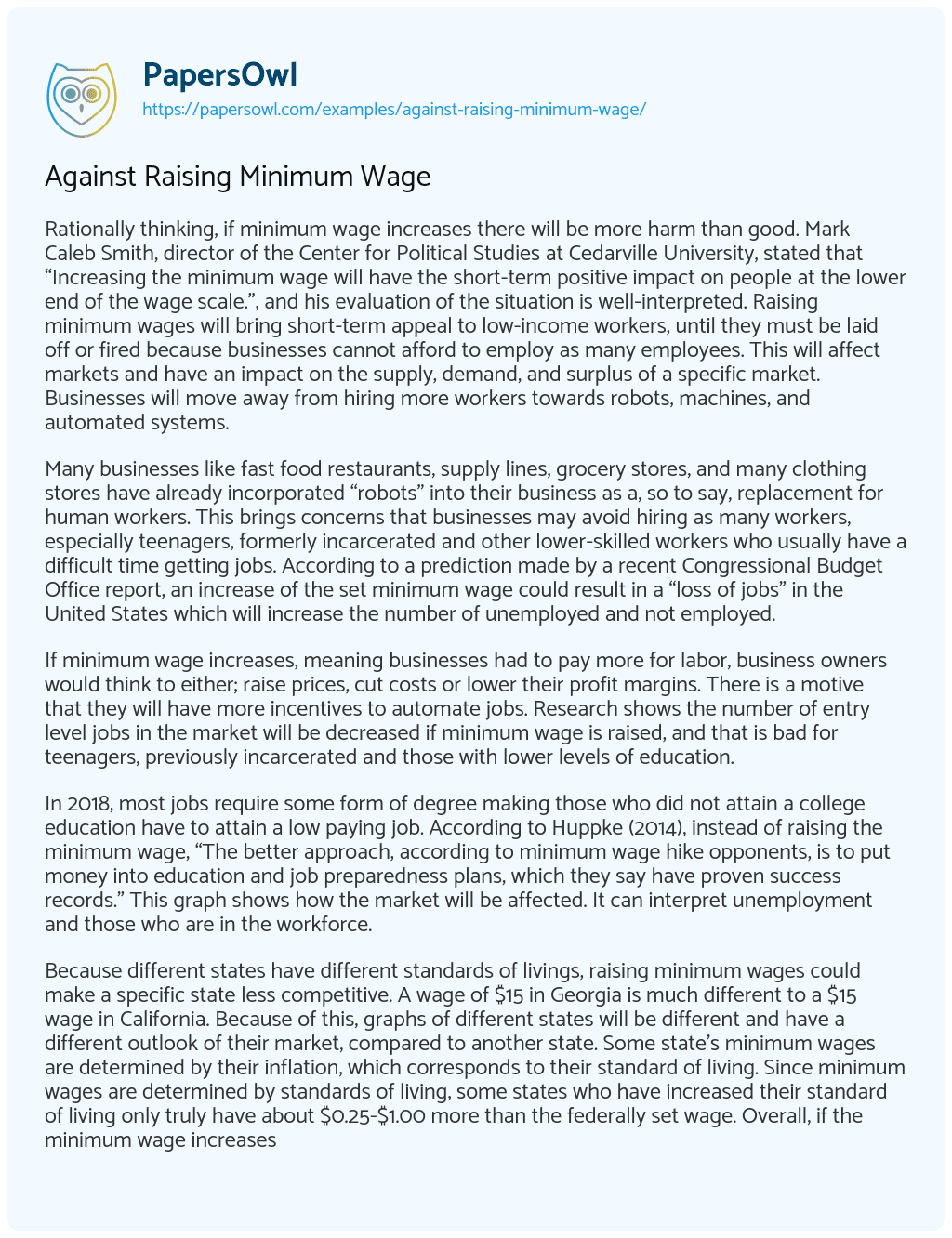 Rationally thinking, if minimum wage increases there will be more harm than good. Mark Caleb Smith, director of the Center for Political Studies at Cedarville University, stated that “Increasing the minimum wage will have the short-term positive impact on people at the lower end of the wage scale.”, and his evaluation of the situation is well-interpreted. Raising minimum wages will bring short-term appeal to low-income workers, until they must be laid off or fired because businesses cannot afford to employ as many employees. This will affect markets and have an impact on the supply, demand, and surplus of a specific market. Businesses will move away from hiring more workers towards robots, machines, and automated systems.

Many businesses like fast food restaurants, supply lines, grocery stores, and many clothing stores have already incorporated “robots” into their business as a, so to say, replacement for human workers. This brings concerns that businesses may avoid hiring as many workers, especially teenagers, formerly incarcerated and other lower-skilled workers who usually have a difficult time getting jobs. According to a prediction made by a recent Congressional Budget Office report, an increase of the set minimum wage could result in a “loss of jobs” in the United States which will increase the number of unemployed and not employed.

If minimum wage increases, meaning businesses had to pay more for labor, business owners would think to either; raise prices, cut costs or lower their profit margins. There is a motive that they will have more incentives to automate jobs. Research shows the number of entry level jobs in the market will be decreased if minimum wage is raised, and that is bad for teenagers, previously incarcerated and those with lower levels of education.

In 2018, most jobs require some form of degree making those who did not attain a college education have to attain a low paying job. According to Huppke (2014), instead of raising the minimum wage, “The better approach, according to minimum wage hike opponents, is to put money into education and job preparedness plans, which they say have proven success records.” This graph shows how the market will be affected. It can interpret unemployment and those who are in the workforce.