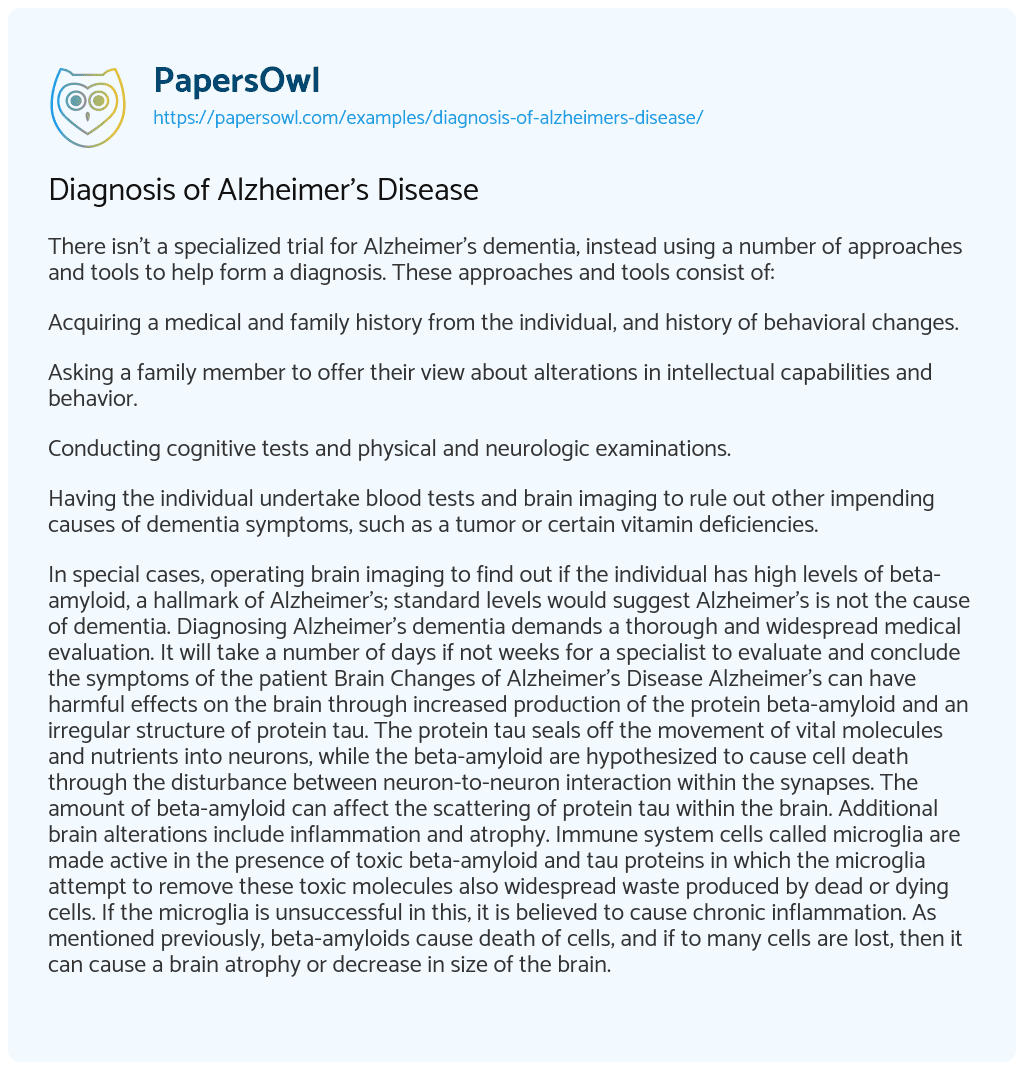 Acquiring a medical and family history from the individual, and history of behavioral changes.

Asking a family member to offer their view about alterations in intellectual capabilities and behavior.

Having the individual undertake blood tests and brain imaging to rule out other impending causes of dementia symptoms, such as a tumor or certain vitamin deficiencies.

In special cases, operating brain imaging to find out if the individual has high levels of beta-amyloid, a hallmark of Alzheimer’s; standard levels would suggest Alzheimer’s is not the cause of dementia. Diagnosing Alzheimer’s dementia demands a thorough and widespread medical evaluation. It will take a number of days if not weeks for a specialist to evaluate and conclude the symptoms of the patient Brain Changes of Alzheimer’s Disease Alzheimer’s can have harmful effects on the brain through increased production of the protein beta-amyloid and an irregular structure of protein tau. The protein tau seals off the movement of vital molecules and nutrients into neurons, while the beta-amyloid are hypothesized to cause cell death through the disturbance between neuron-to-neuron interaction within the synapses. The amount of beta-amyloid can affect the scattering of protein tau within the brain. Additional brain alterations include inflammation and atrophy. Immune system cells called microglia are made active in the presence of toxic beta-amyloid and tau proteins in which the microglia attempt to remove these toxic molecules also widespread waste produced by dead or dying cells. If the microglia is unsuccessful in this, it is believed to cause chronic inflammation. As mentioned previously, beta-amyloids cause death of cells, and if to many cells are lost, then it can cause a brain atrophy or decrease in size of the brain.

What is Alzheimer’s Disease?