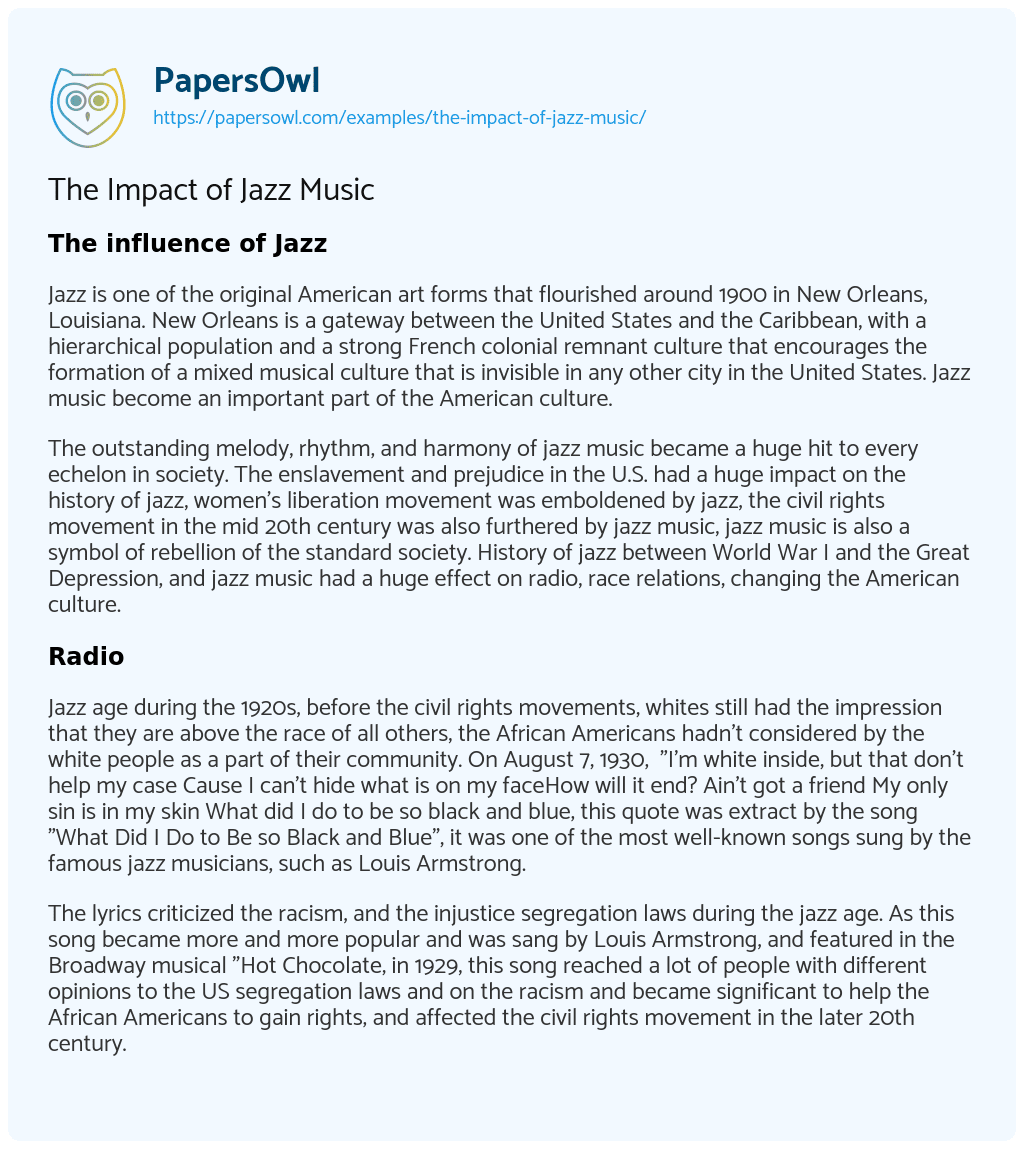 The influence of Jazz

Jazz is one of the original American art forms that flourished around 1900 in New Orleans, Louisiana. New Orleans is a gateway between the United States and the Caribbean, with a hierarchical population and a strong French colonial remnant culture that encourages the formation of a mixed musical culture that is invisible in any other city in the United States. Jazz music become an important part of the American culture.

The outstanding melody, rhythm, and harmony of jazz music became a huge hit to every echelon in society. The enslavement and prejudice in the U.S. had a huge impact on the history of jazz, women’s liberation movement was emboldened by jazz, the civil rights movement in the mid 20th century was also furthered by jazz music, jazz music is also a symbol of rebellion of the standard society. History of jazz between World War I and the Great Depression, and jazz music had a huge effect on radio, race relations, changing the American culture.

The lyrics criticized the racism, and the injustice segregation laws during the jazz age. As this song became more and more popular and was sang by Louis Armstrong, and featured in the Broadway musical “Hot Chocolate, in 1929, this song reached a lot of people with different opinions to the US segregation laws and on the racism and became significant to help the African Americans to gain rights, and affected the civil rights movement in the later 20th century.

The Impact of Jazz Music. (2019, Aug 23). Retrieved from https://papersowl.com/examples/the-impact-of-jazz-music/