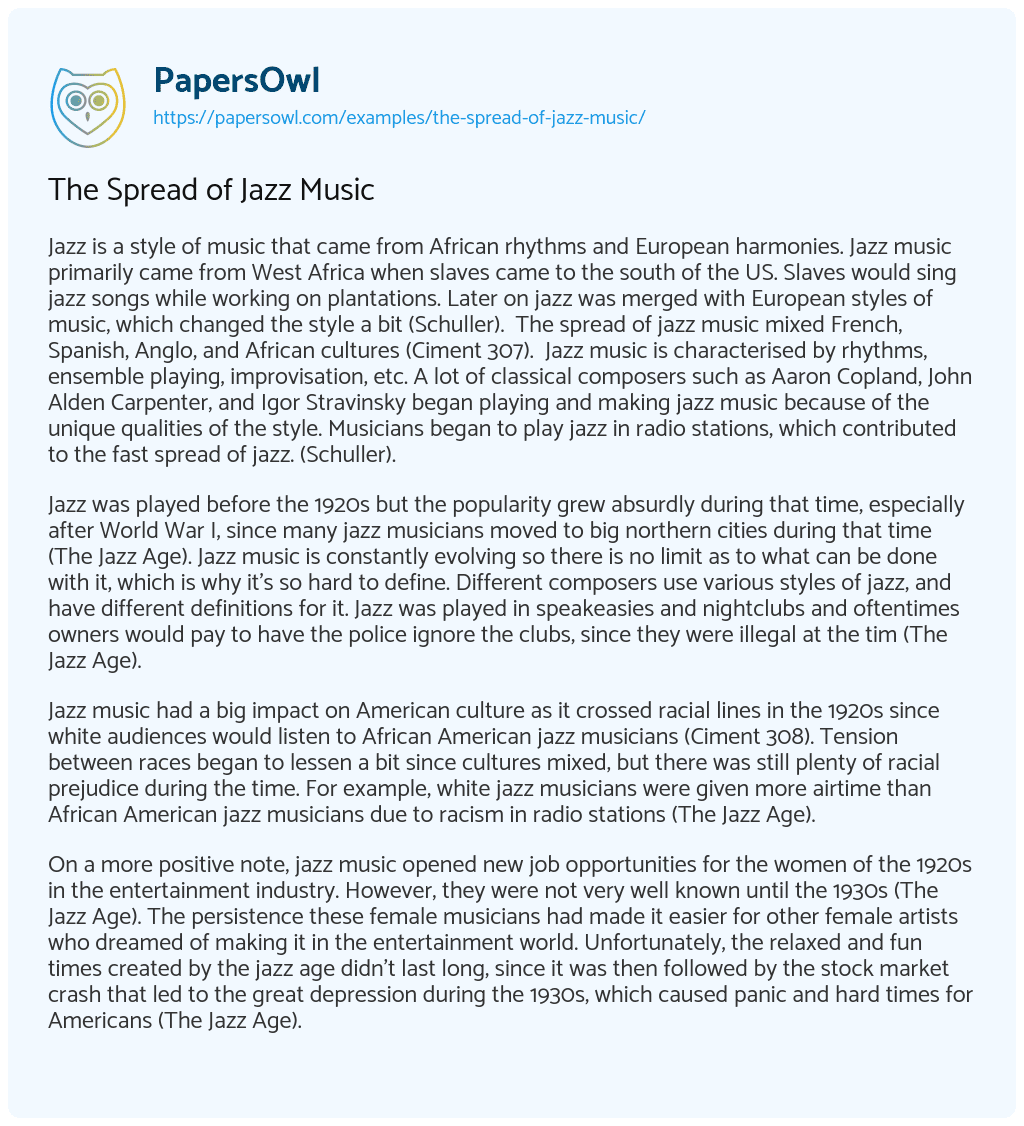 Jazz is a style of music that came from African rhythms and European harmonies. Jazz music primarily came from West Africa when slaves came to the south of the US. Slaves would sing jazz songs while working on plantations. Later on jazz was merged with European styles of music, which changed the style a bit (Schuller).  The spread of jazz music mixed French, Spanish, Anglo, and African cultures (Ciment 307).  Jazz music is characterised by rhythms, ensemble playing, improvisation, etc. A lot of classical composers such as Aaron Copland, John Alden Carpenter, and Igor Stravinsky began playing and making jazz music because of the unique qualities of the style. Musicians began to play jazz in radio stations, which contributed to the fast spread of jazz. (Schuller).

Jazz was played before the 1920s but the popularity grew absurdly during that time, especially after World War I, since many jazz musicians moved to big northern cities during that time (The Jazz Age). Jazz music is constantly evolving so there is no limit as to what can be done with it, which is why it’s so hard to define. Different composers use various styles of jazz, and have different definitions for it. Jazz was played in speakeasies and nightclubs and oftentimes owners would pay to have the police ignore the clubs, since they were illegal at the tim (The Jazz Age).

On a more positive note, jazz music opened new job opportunities for the women of the 1920s in the entertainment industry. However, they were not very well known until the 1930s (The Jazz Age). The persistence these female musicians had made it easier for other female artists who dreamed of making it in the entertainment world. Unfortunately, the relaxed and fun times created by the jazz age didn’t last long, since it was then followed by the stock market crash that led to the great depression during the 1930s, which caused panic and hard times for Americans (The Jazz Age).

The Spread of Jazz Music. (2019, May 21). Retrieved from https://papersowl.com/examples/the-spread-of-jazz-music/