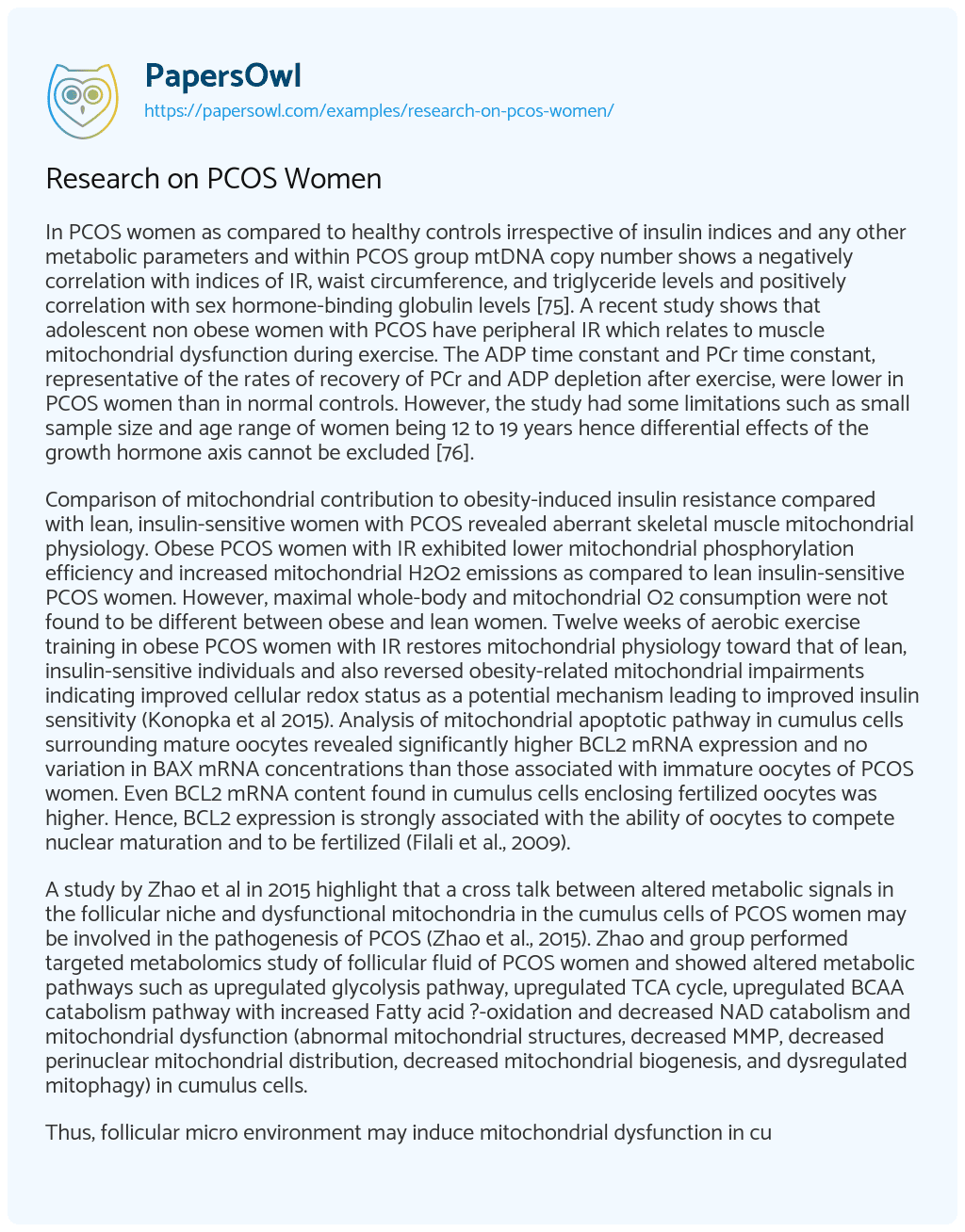 In PCOS women as compared to healthy controls irrespective of insulin indices and any other metabolic parameters and within PCOS group mtDNA copy number shows a negatively correlation with indices of IR, waist circumference, and triglyceride levels and positively correlation with sex hormone-binding globulin levels [75]. A recent study shows that adolescent non obese women with PCOS have peripheral IR which relates to muscle mitochondrial dysfunction during exercise. The ADP time constant and PCr time constant, representative of the rates of recovery of PCr and ADP depletion after exercise, were lower in PCOS women than in normal controls. However, the study had some limitations such as small sample size and age range of women being 12 to 19 years hence differential effects of the growth hormone axis cannot be excluded [76].

Research on PCOS Women. (2021, May 27). Retrieved from https://papersowl.com/examples/research-on-pcos-women/

Mitochondrial Dysfunction in Leukocytes from PCOS