Mitochondrial Dysfunction in Leukocytes from PCOS 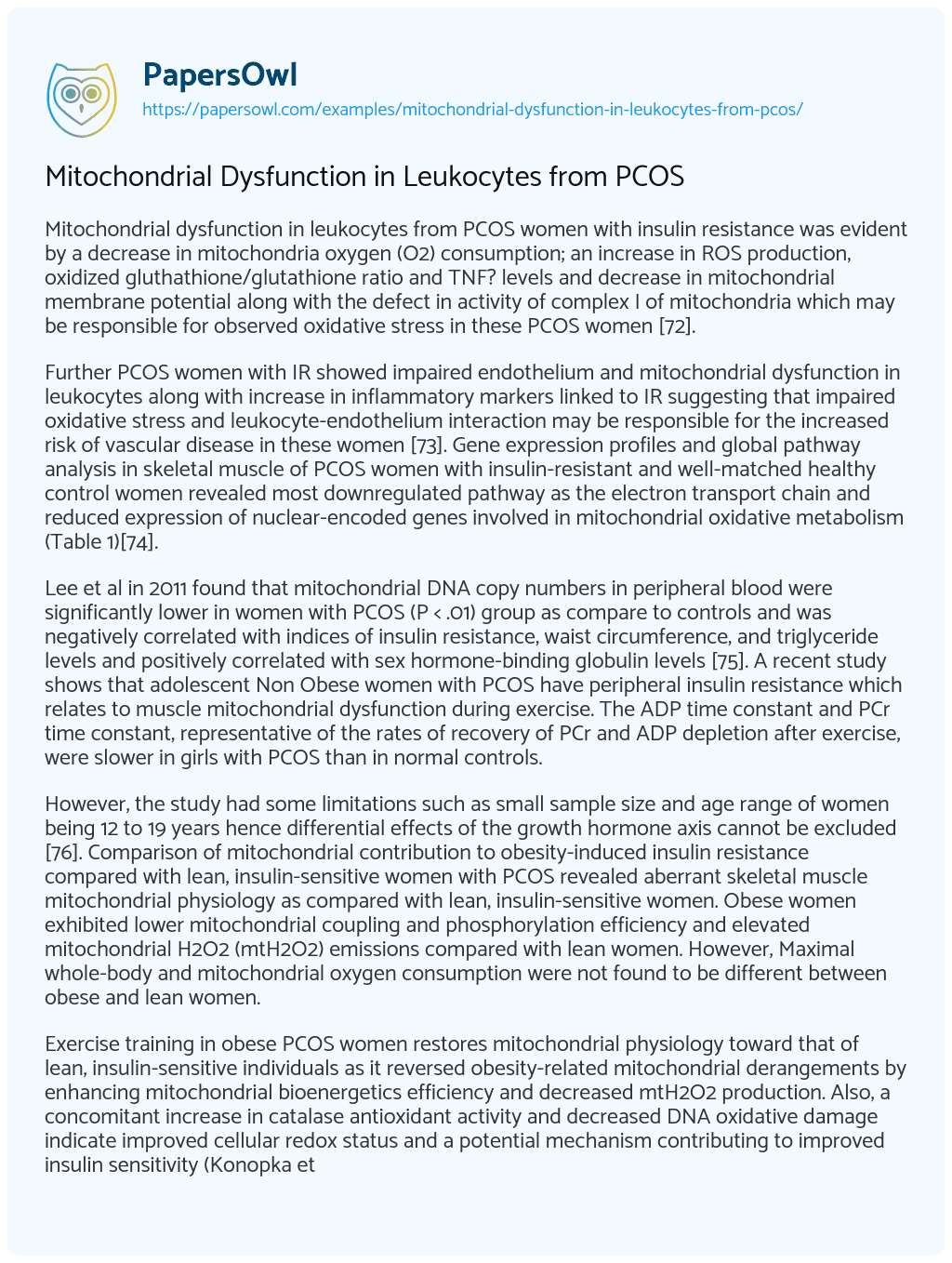 Further PCOS women with IR showed impaired endothelium and mitochondrial dysfunction in leukocytes along with increase in inflammatory markers linked to IR suggesting that impaired oxidative stress and leukocyte-endothelium interaction may be responsible for the increased risk of vascular disease in these women [73]. Gene expression profiles and global pathway analysis in skeletal muscle of PCOS women with insulin-resistant and well-matched healthy control women revealed most downregulated pathway as the electron transport chain and reduced expression of nuclear-encoded genes involved in mitochondrial oxidative metabolism (Table 1)[74].

Analysis of BCL2-associated X protein (BAX) and B-cell leukaemia/lymphoma gene-2 (BCL2), pro- and anti-apoptotic proteins of BCL2 family that participate in the mitochondria-dependent apoptosis pathway revealed significantly higher BCL2 mRNA expression and no variation in BAX mRNA concentrations in cumulus cells associated with mature oocytes than those associated with immature oocytes of PCOS women. Even BCL2 mRNA content found in cumulus cells enclosing fertilized oocytes was higher. Hence, BCL2 expression is strongly associated with the ability of oocytes to complete nuclear maturation and to be fertilized (Filali et al., 2009).

Mitochondrial Dysfunction in Leukocytes from PCOS. (2021, May 10). Retrieved from https://papersowl.com/examples/mitochondrial-dysfunction-in-leukocytes-from-pcos/

Analysis of the Role of the HIF-1