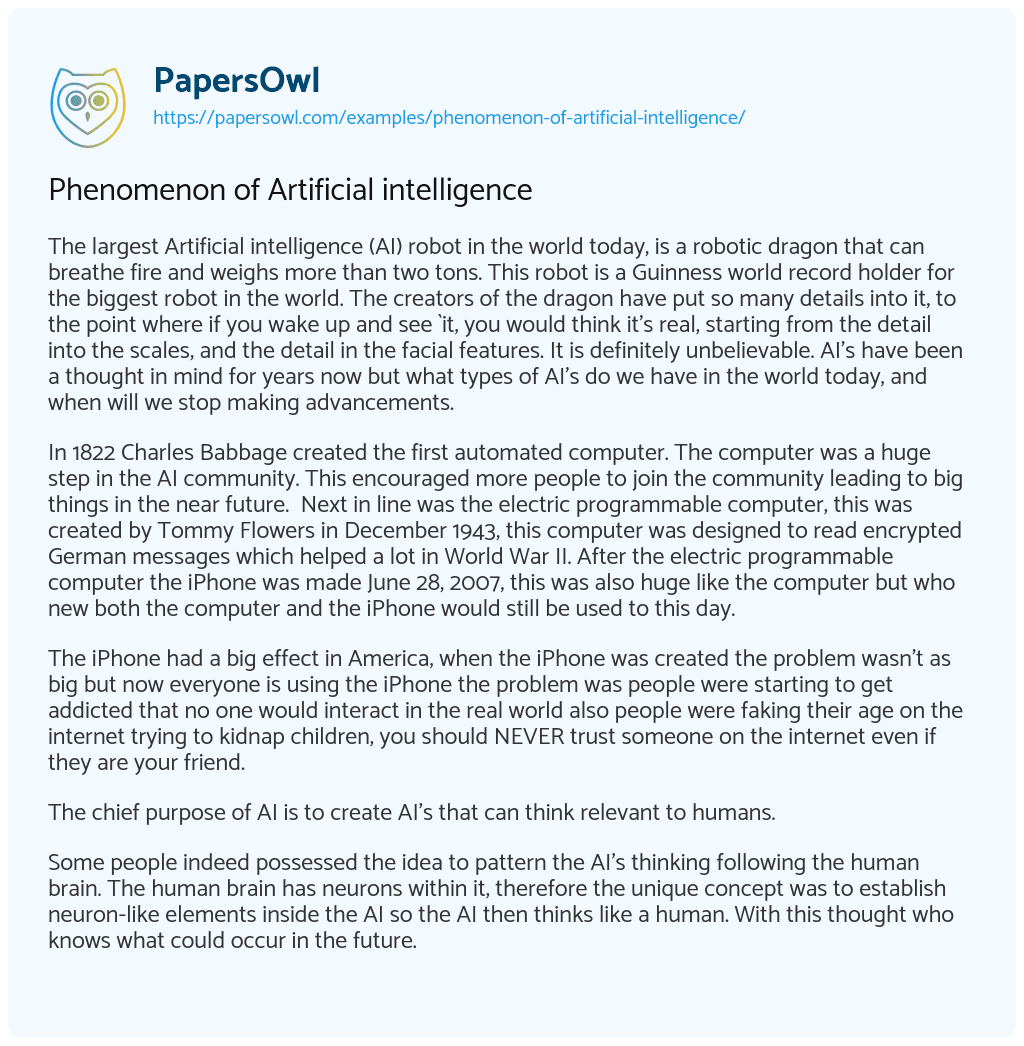 The largest Artificial intelligence (AI) robot in the world today, is a robotic dragon that can breathe fire and weighs more than two tons. This robot is a Guinness world record holder for the biggest robot in the world. The creators of the dragon have put so many details into it, to the point where if you wake up and see `it, you would think it’s real, starting from the detail into the scales, and the detail in the facial features. It is definitely unbelievable. AI’s have been a thought in mind for years now but what types of AI’s do we have in the world today, and when will we stop making advancements.

In 1822 Charles Babbage created the first automated computer. The computer was a huge step in the AI community. This encouraged more people to join the community leading to big things in the near future.  Next in line was the electric programmable computer, this was created by Tommy Flowers in December 1943, this computer was designed to read encrypted German messages which helped a lot in World War II. After the electric programmable computer the iPhone was made June 28, 2007, this was also huge like the computer but who new both the computer and the iPhone would still be used to this day.

The iPhone had a big effect in America, when the iPhone was created the problem wasn’t as big but now everyone is using the iPhone the problem was people were starting to get addicted that no one would interact in the real world also people were faking their age on the internet trying to kidnap children, you should NEVER trust someone on the internet even if they are your friend.

The chief purpose of AI is to create AI’s that can think relevant to humans.

Some people indeed possessed the idea to pattern the AI’s thinking following the human brain. The human brain has neurons within it, therefore the unique concept was to establish neuron-like elements inside the AI so the AI then thinks like a human. With this thought who knows what could occur in the future.