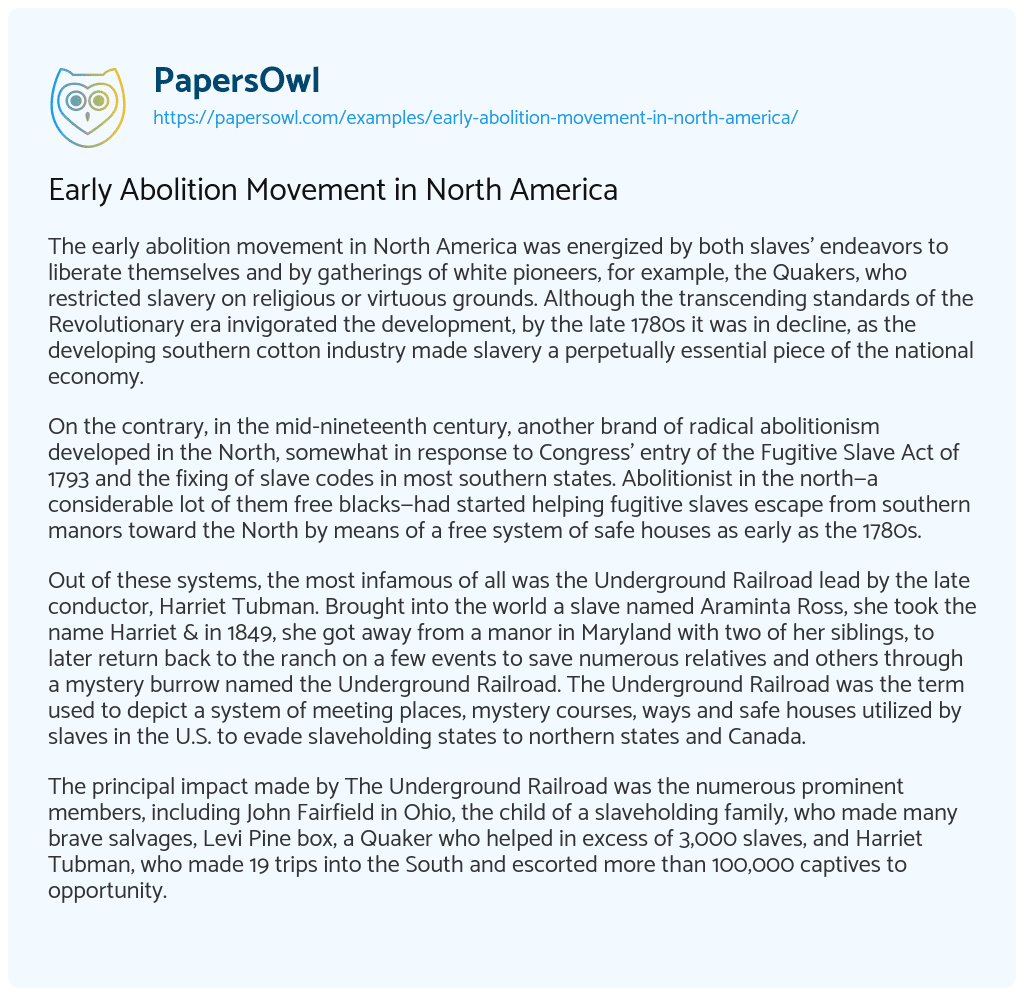 The early abolition movement in North America was energized by both slaves’ endeavors to liberate themselves and by gatherings of white pioneers, for example, the Quakers, who restricted slavery on religious or virtuous grounds. Although the transcending standards of the Revolutionary era invigorated the development, by the late 1780s it was in decline, as the developing southern cotton industry made slavery a perpetually essential piece of the national economy.

On the contrary, in the mid-nineteenth century, another brand of radical abolitionism developed in the North, somewhat in response to Congress’ entry of the Fugitive Slave Act of 1793 and the fixing of slave codes in most southern states. Abolitionist in the north—a considerable lot of them free blacks—had started helping fugitive slaves escape from southern manors toward the North by means of a free system of safe houses as early as the 1780s.

Out of these systems, the most infamous of all was the Underground Railroad lead by the late conductor, Harriet Tubman. Brought into the world a slave named Araminta Ross, she took the name Harriet & in 1849, she got away from a manor in Maryland with two of her siblings, to later return back to the ranch on a few events to save numerous relatives and others through a mystery burrow named the Underground Railroad. The Underground Railroad was the term used to depict a system of meeting places, mystery courses, ways and safe houses utilized by slaves in the U.S. to evade slaveholding states to northern states and Canada.

The principal impact made by The Underground Railroad was the numerous prominent members, including John Fairfield in Ohio, the child of a slaveholding family, who made many brave salvages, Levi Pine box, a Quaker who helped in excess of 3,000 slaves, and Harriet Tubman, who made 19 trips into the South and escorted more than 100,000 captives to opportunity.