World Full of Teenagers, who don’t have Access to Birth Control is Appalling 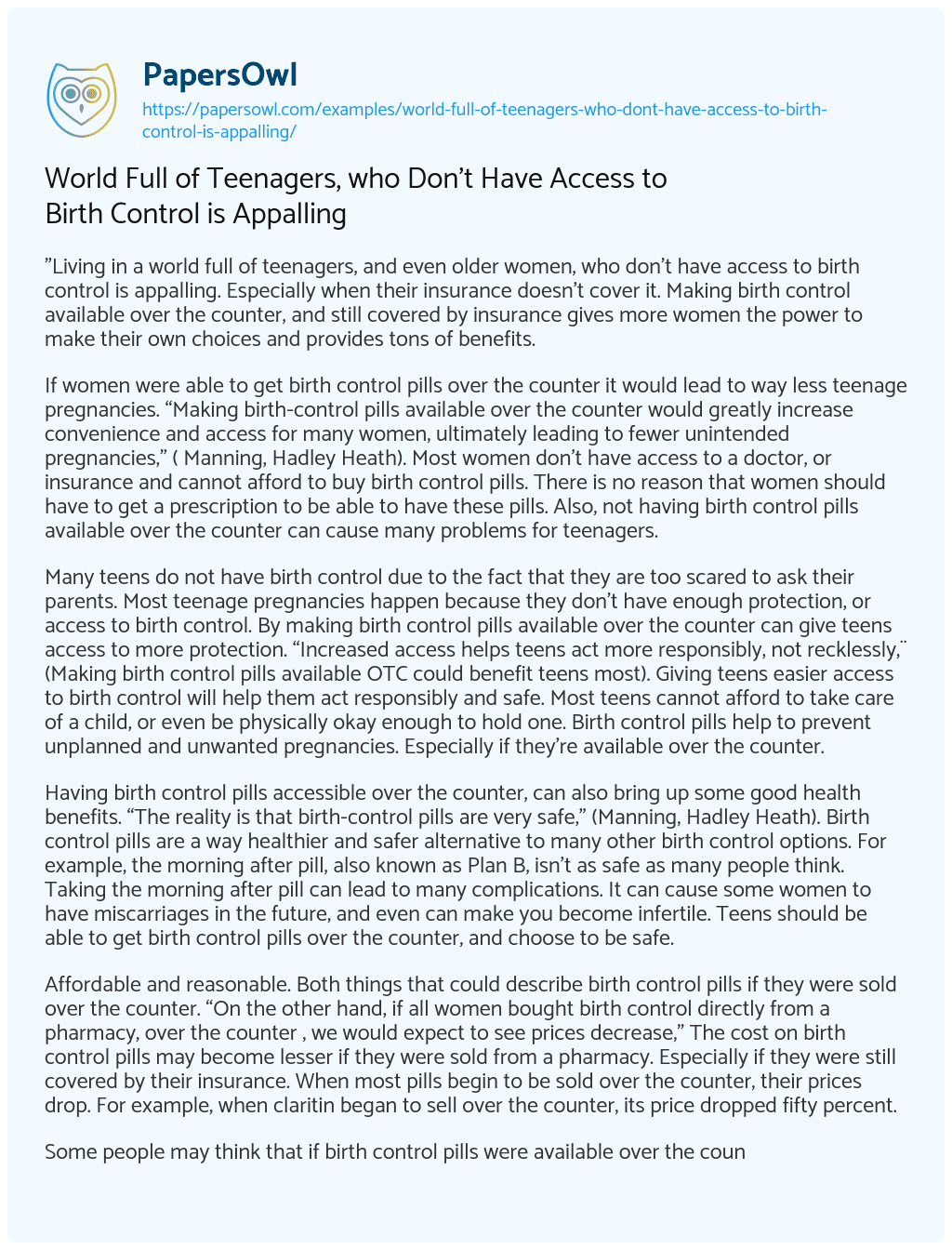 “Living in a world full of teenagers, and even older women, who don’t have access to birth control is appalling. Especially when their insurance doesn’t cover it. Making birth control available over the counter, and still covered by insurance gives more women the power to make their own choices and provides tons of benefits.

Some people may think that if birth control pills were available over the counter that it would decrease womens privacy. While this may be true, most teens and women won’t mind a little less privacy when its more efficient and accessible. ¨Knowing that they don’t actually have to come in for invasive tests every year could encourage a lot of women who are currently hesitant to come in,¨ (Amanda Marcotte). Although there are some cons to having birth control over the counter, the benefits outweigh them. Women should have the option to buy birth control pills from pharmacies. It gives them the power to care for themselves, and make responsible decisions.

Overall there are many pros to birth control pills being accessible over the counter. Unintended pregnancies are undesirable, and inconvenient. We can help decrease the amount of them, and help lead to better lives for many women and teens. Birth control pills are the safer way of protecting against unwanted pregnancies, and making them available over the counter will give women the chance of being safe and responsible.”

World Full of Teenagers, who Don't Have Access to Birth Control is Appalling. (2021, Apr 05). Retrieved from https://papersowl.com/examples/world-full-of-teenagers-who-dont-have-access-to-birth-control-is-appalling/

Birth Control: a Necessity or Luxury?

Importance of Sex Education for Teenagers