The Electoral College should be Abolished 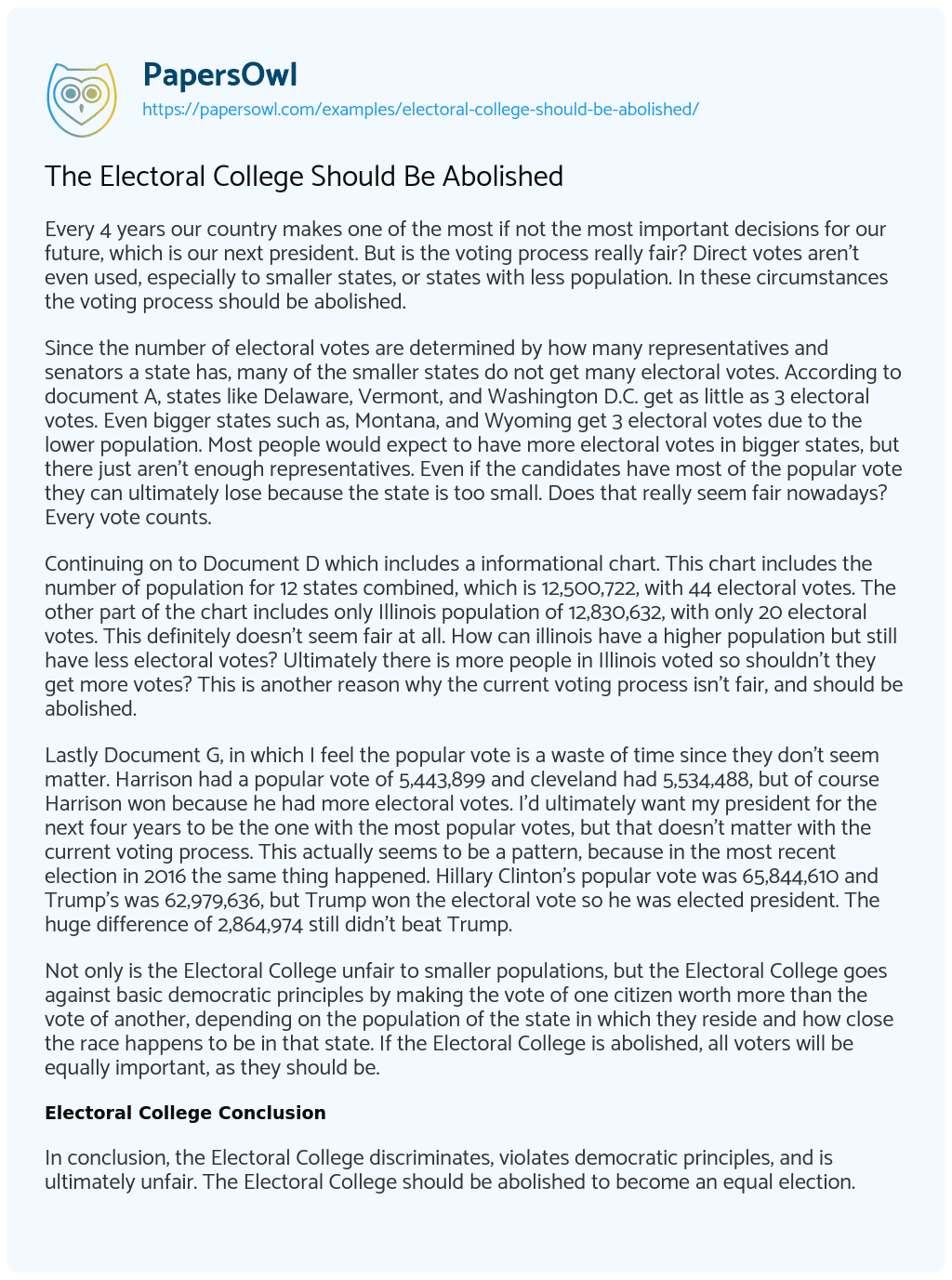 Every 4 years our country makes one of the most if not the most important decisions for our future, which is our next president. But is the voting process really fair? Direct votes aren’t even used, especially to smaller states, or states with less population. In these circumstances the voting process should be abolished.

Continuing on to Document D which includes a informational chart. This chart includes the number of population for 12 states combined, which is 12,500,722, with 44 electoral votes. The other part of the chart includes only Illinois population of 12,830,632, with only 20 electoral votes. This definitely doesn’t seem fair at all. How can illinois have a higher population but still have less electoral votes? Ultimately there is more people in Illinois voted so shouldn’t they get more votes? This is another reason why the current voting process isn’t fair, and should be abolished.

Lastly Document G, in which I feel the popular vote is a waste of time since they don’t seem matter. Harrison had a popular vote of 5,443,899 and cleveland had 5,534,488, but of course Harrison won because he had more electoral votes. I’d ultimately want my president for the next four years to be the one with the most popular votes, but that doesn’t matter with the current voting process. This actually seems to be a pattern, because in the most recent election in 2016 the same thing happened. Hillary Clinton’s popular vote was 65,844,610 and Trump’s was 62,979,636, but Trump won the electoral vote so he was elected president. The huge difference of 2,864,974 still didn’t beat Trump.

The Electoral College Should Be Abolished. (2020, Jul 24). Retrieved from https://papersowl.com/examples/electoral-college-should-be-abolished/

The Electoral College and how Popular Vote doesn’t Matter

Why was the Electoral College Created?