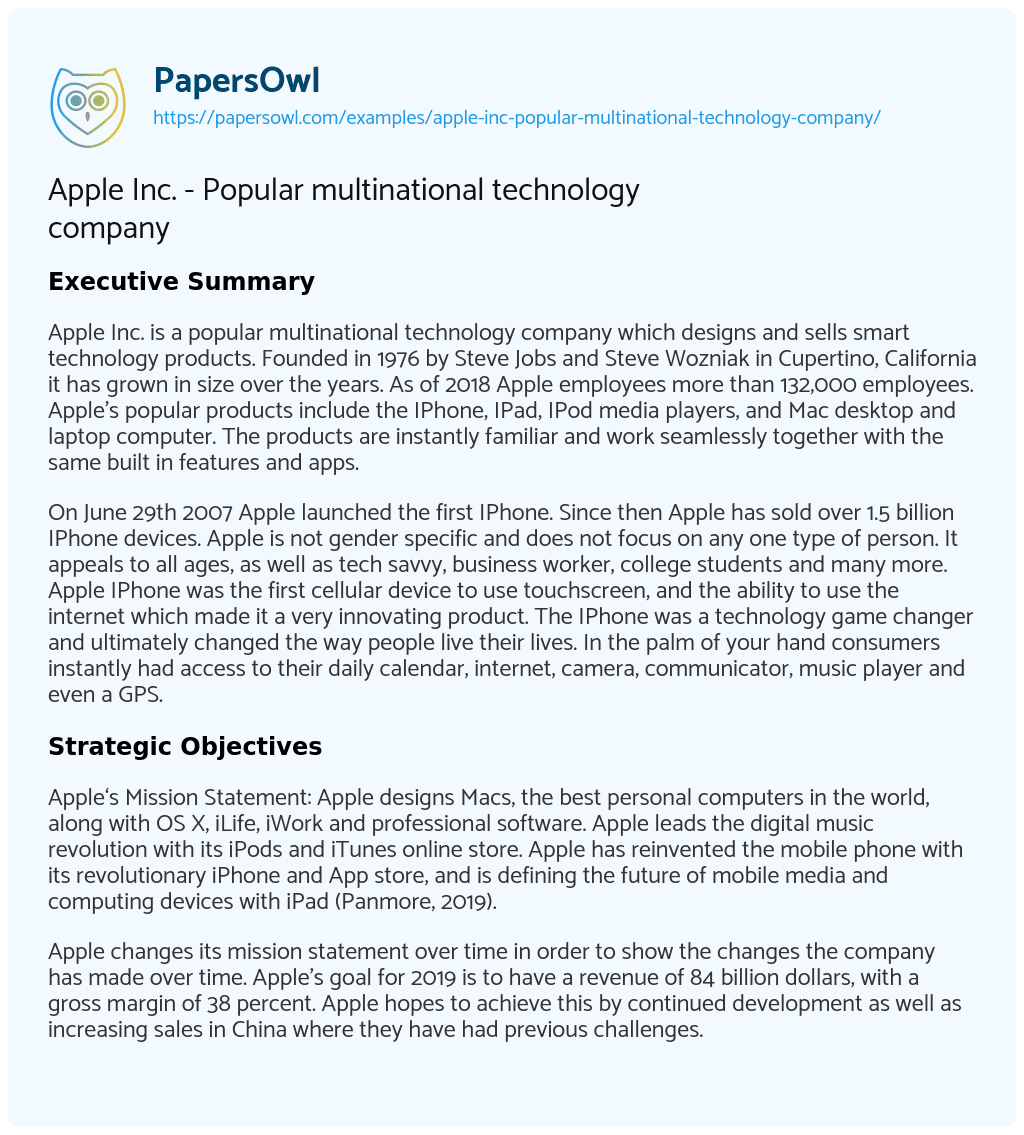 Apple Inc. is a popular multinational technology company which designs and sells smart technology products. Founded in 1976 by Steve Jobs and Steve Wozniak in Cupertino, California it has grown in size over the years. As of 2018 Apple employees more than 132,000 employees. Apple’s popular products include the IPhone, IPad, IPod media players, and Mac desktop and laptop computer. The products are instantly familiar and work seamlessly together with the same built in features and apps.

On June 29th 2007 Apple launched the first IPhone. Since then Apple has sold over 1.5 billion IPhone devices. Apple is not gender specific and does not focus on any one type of person. It appeals to all ages, as well as tech savvy, business worker, college students and many more. Apple IPhone was the first cellular device to use touchscreen, and the ability to use the internet which made it a very innovating product. The IPhone was a technology game changer and ultimately changed the way people live their lives. In the palm of your hand consumers instantly had access to their daily calendar, internet, camera, communicator, music player and even a GPS.

Apple‘s Mission Statement: Apple designs Macs, the best personal computers in the world, along with OS X, iLife, iWork and professional software. Apple leads the digital music revolution with its iPods and iTunes online store. Apple has reinvented the mobile phone with its revolutionary iPhone and App store, and is defining the future of mobile media and computing devices with iPad (Panmore, 2019).

Apple changes its mission statement over time in order to show the changes the company has made over time. Apple’s goal for 2019 is to have a revenue of 84 billion dollars, with a gross margin of 38 percent. Apple hopes to achieve this by continued development as well as increasing sales in China where they have had previous challenges.

About the Company Apple Inc.