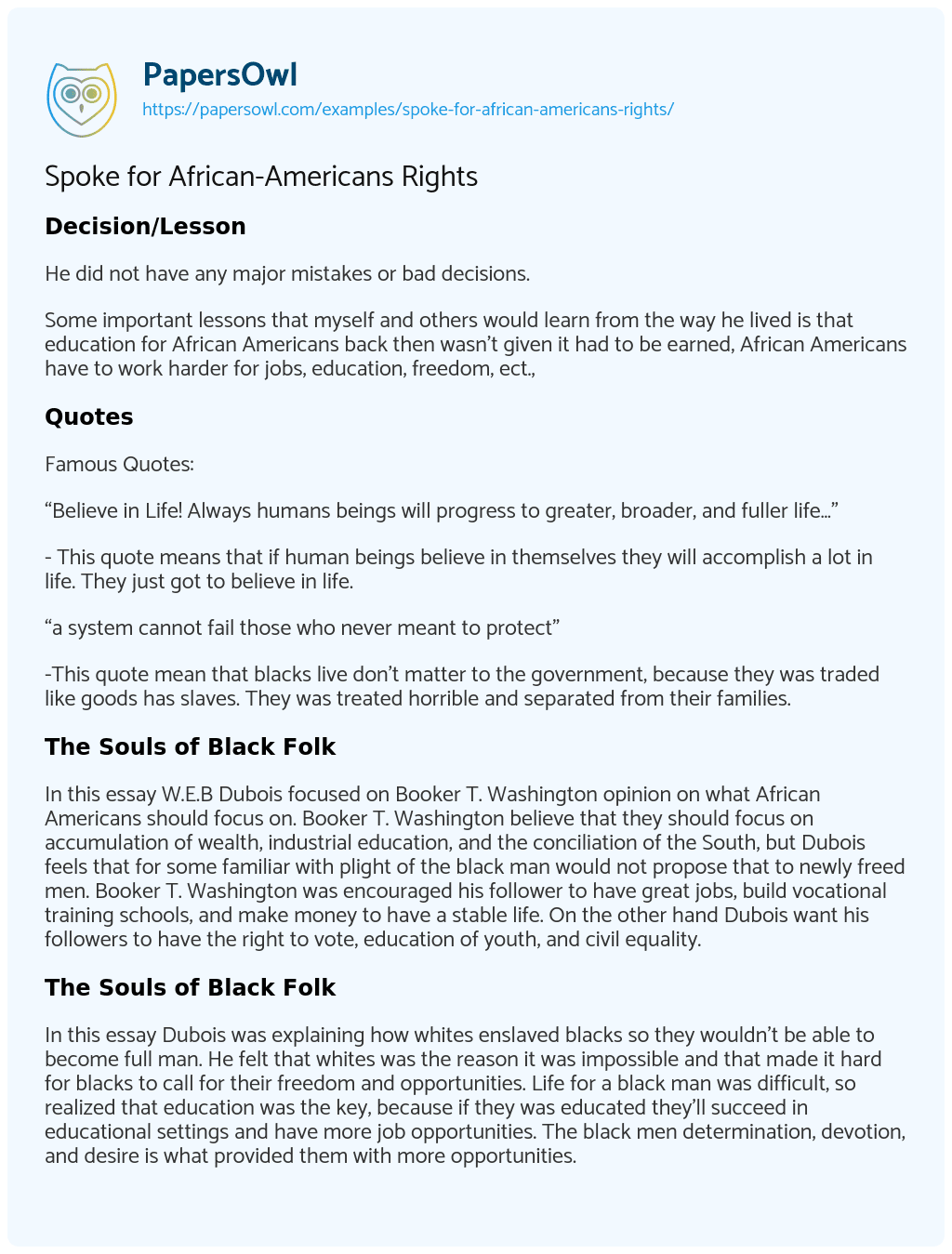 He did not have any major mistakes or bad decisions.

Some important lessons that myself and others would learn from the way he lived is that education for African Americans back then wasn’t given it had to be earned, African Americans have to work harder for jobs, education, freedom, ect.,

– This quote means that if human beings believe in themselves they will accomplish a lot in life. They just got to believe in life.

“a system cannot fail those who never meant to protect”

-This quote mean that blacks live don’t matter to the government, because they was traded like goods has slaves. They was treated horrible and separated from their families.

The Souls of Black Folk

In this essay W.E.B Dubois focused on Booker T. Washington opinion on what African Americans should focus on. Booker T. Washington believe that they should focus on accumulation of wealth, industrial education, and the conciliation of the South, but Dubois feels that for some familiar with plight of the black man would not propose that to newly freed men. Booker T. Washington was encouraged his follower to have great jobs, build vocational training schools, and make money to have a stable life. On the other hand Dubois want his followers to have the right to vote, education of youth, and civil equality.

The Souls of Black Folk

In this essay Dubois was explaining how whites enslaved blacks so they wouldn’t be able to become full man. He felt that whites was the reason it was impossible and that made it hard for blacks to call for their freedom and opportunities. Life for a black man was difficult, so realized that education was the key, because if they was educated they’ll succeed in educational settings and have more job opportunities. The black men determination, devotion, and desire is what provided them with more opportunities.