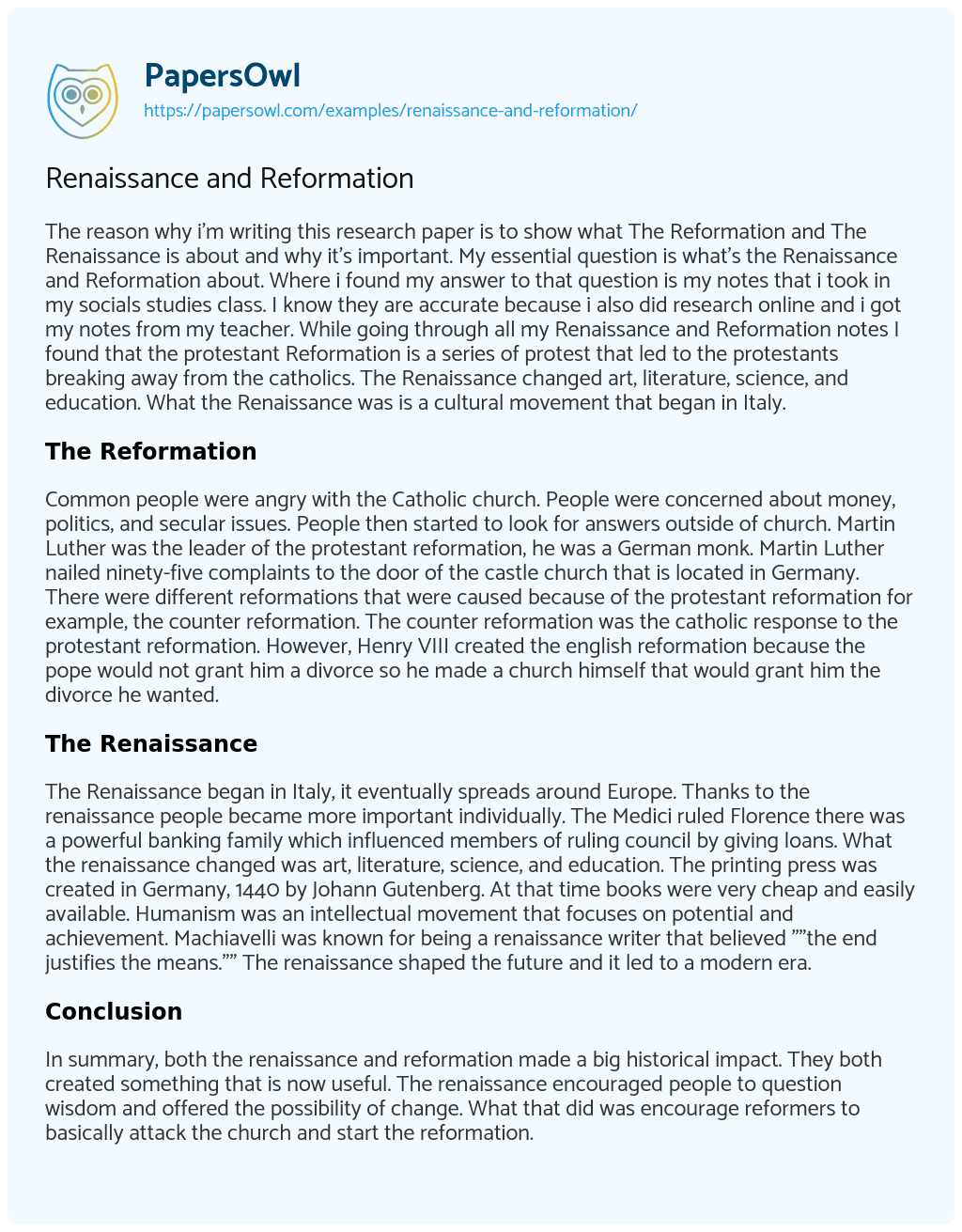 The Renaissance began in Italy, it eventually spreads around Europe. Thanks to the renaissance people became more important individually. The Medici ruled Florence there was a powerful banking family which influenced members of ruling council by giving loans. What the renaissance changed was art, literature, science, and education. The printing press was created in Germany, 1440 by Johann Gutenberg. At that time books were very cheap and easily available. Humanism was an intellectual movement that focuses on potential and achievement. Machiavelli was known for being a renaissance writer that believed “”the end justifies the means.”” The renaissance shaped the future and it led to a modern era.

In summary, both the renaissance and reformation made a big historical impact. They both created something that is now useful. The renaissance encouraged people to question wisdom and offered the possibility of change. What that did was encourage reformers to basically attack the church and start the reformation.