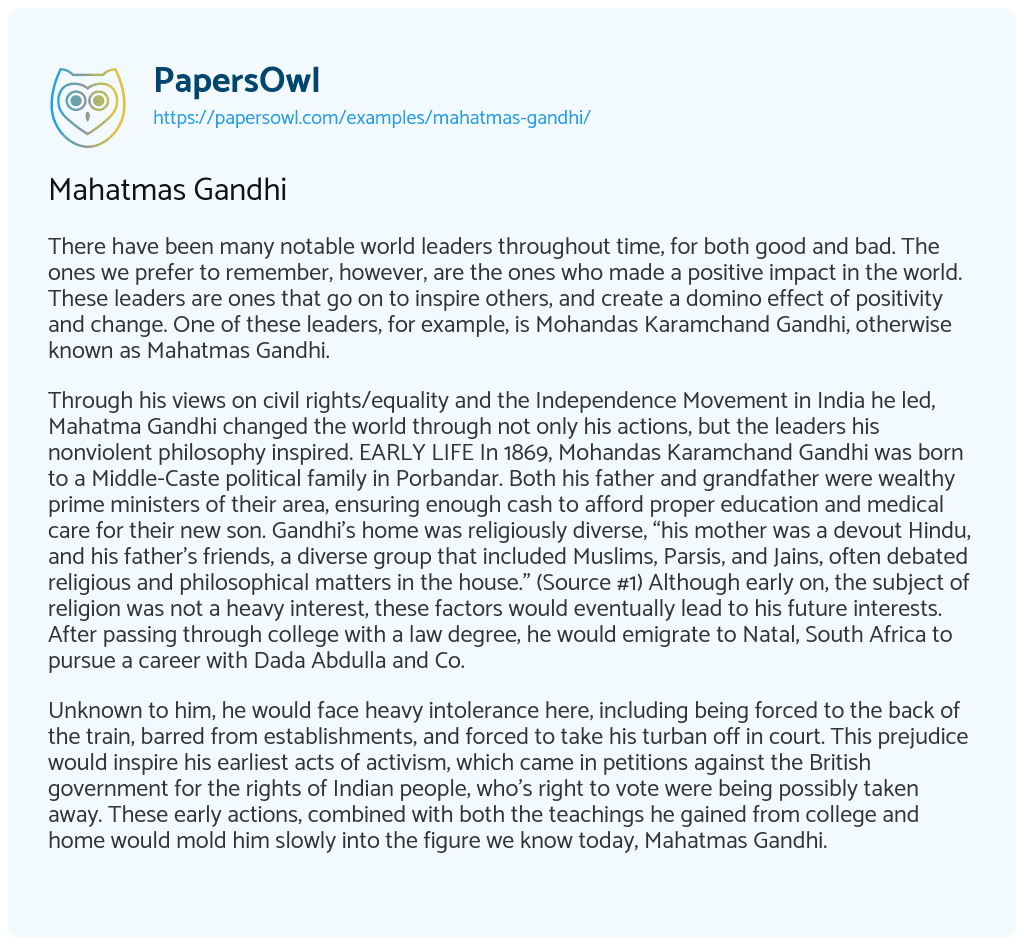 There have been many notable world leaders throughout time, for both good and bad. The ones we prefer to remember, however, are the ones who made a positive impact in the world. These leaders are ones that go on to inspire others, and create a domino effect of positivity and change. One of these leaders, for example, is Mohandas Karamchand Gandhi, otherwise known as Mahatmas Gandhi.

Through his views on civil rights/equality and the Independence Movement in India he led, Mahatma Gandhi changed the world through not only his actions, but the leaders his nonviolent philosophy inspired. EARLY LIFE In 1869, Mohandas Karamchand Gandhi was born to a Middle-Caste political family in Porbandar. Both his father and grandfather were wealthy prime ministers of their area, ensuring enough cash to afford proper education and medical care for their new son. Gandhi’s home was religiously diverse, “his mother was a devout Hindu, and his father’s friends, a diverse group that included Muslims, Parsis, and Jains, often debated religious and philosophical matters in the house.” (Source #1) Although early on, the subject of religion was not a heavy interest, these factors would eventually lead to his future interests. After passing through college with a law degree, he would emigrate to Natal, South Africa to pursue a career with Dada Abdulla and Co.

Unknown to him, he would face heavy intolerance here, including being forced to the back of the train, barred from establishments, and forced to take his turban off in court. This prejudice would inspire his earliest acts of activism, which came in petitions against the British government for the rights of Indian people, who’s right to vote were being possibly taken away. These early actions, combined with both the teachings he gained from college and home would mold him slowly into the figure we know today, Mahatmas Gandhi.