Esperanza in ‘House on Mango Street’ 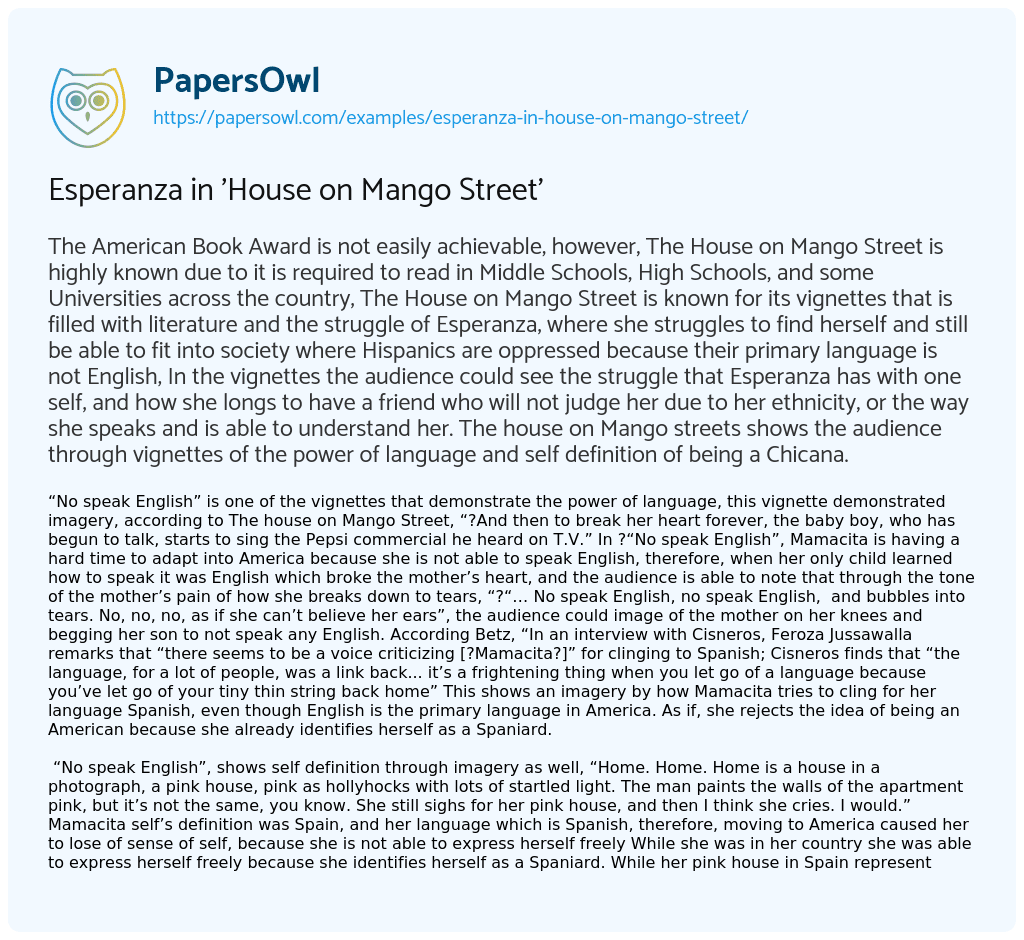 The American Book Award is not easily achievable, however, The House on Mango Street is highly known due to it is required to read in Middle Schools, High Schools, and some Universities across the country, The House on Mango Street is known for its vignettes that is filled with literature and the struggle of Esperanza, where she struggles to find herself and still be able to fit into society where Hispanics are oppressed because their primary language is not English, In the vignettes the audience could see the struggle that Esperanza has with one self, and how she longs to have a friend who will not judge her due to her ethnicity, or the way she speaks and is able to understand her. The house on Mango streets shows the audience through vignettes of the power of language and self definition of being a Chicana.

Esperanza in 'House on Mango Street'. (2021, May 03). Retrieved from https://papersowl.com/examples/esperanza-in-house-on-mango-street/

Essay the House on Mango Street

The House on Mango Street Essay

The House on Mango Street Book

Hispanic Family in ‘The House on Mango Street’