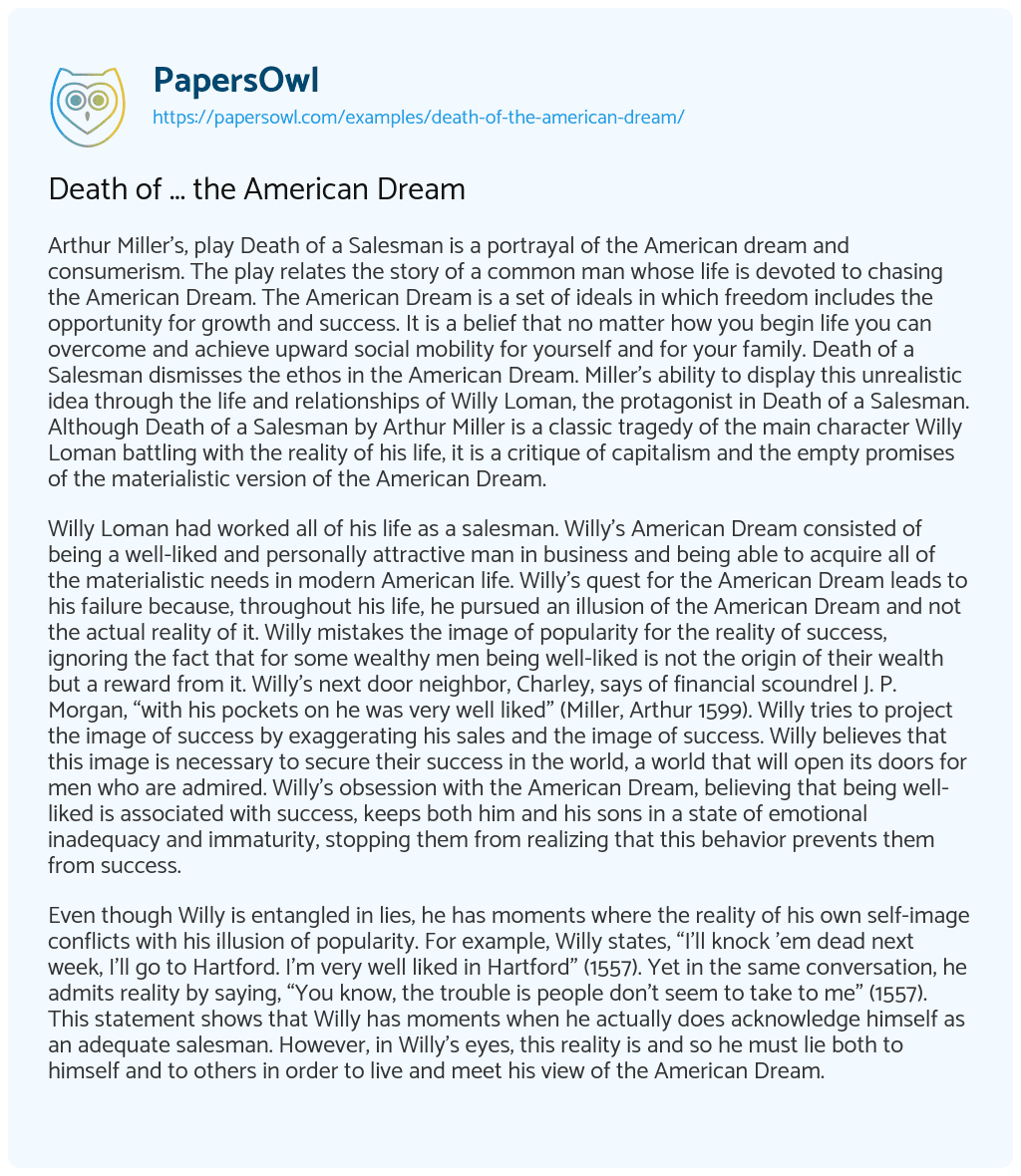 Willy Loman had worked all of his life as a salesman. Willy’s American Dream consisted of being a well-liked and personally attractive man in business and being able to acquire all of the materialistic needs in modern American life. Willy’s quest for the American Dream leads to his failure because, throughout his life, he pursued an illusion of the American Dream and not the actual reality of it. Willy mistakes the image of popularity for the reality of success, ignoring the fact that for some wealthy men being well-liked is not the origin of their wealth but a reward from it. Willy’s next door neighbor, Charley, says of financial scoundrel J. P. Morgan, “with his pockets on he was very well liked” (Miller, Arthur 1599). Willy tries to project the image of success by exaggerating his sales and the image of success. Willy believes that this image is necessary to secure their success in the world, a world that will open its doors for men who are admired. Willy’s obsession with the American Dream, believing that being well-liked is associated with success, keeps both him and his sons in a state of emotional inadequacy and immaturity, stopping them from realizing that this behavior prevents them from success.

Even though Willy is entangled in lies, he has moments where the reality of his own self-image conflicts with his illusion of popularity. For example, Willy states, “I’ll knock ’em dead next week, I’ll go to Hartford. I’m very well liked in Hartford” (1557). Yet in the same conversation, he admits reality by saying, “You know, the trouble is people don’t seem to take to me” (1557). This statement shows that Willy has moments when he actually does acknowledge himself as an adequate salesman. However, in Willy’s eyes, this reality is and so he must lie both to himself and to others in order to live and meet his view of the American Dream.

Death of ... the American Dream. (2020, Nov 02). Retrieved from https://papersowl.com/examples/death-of-the-american-dream/