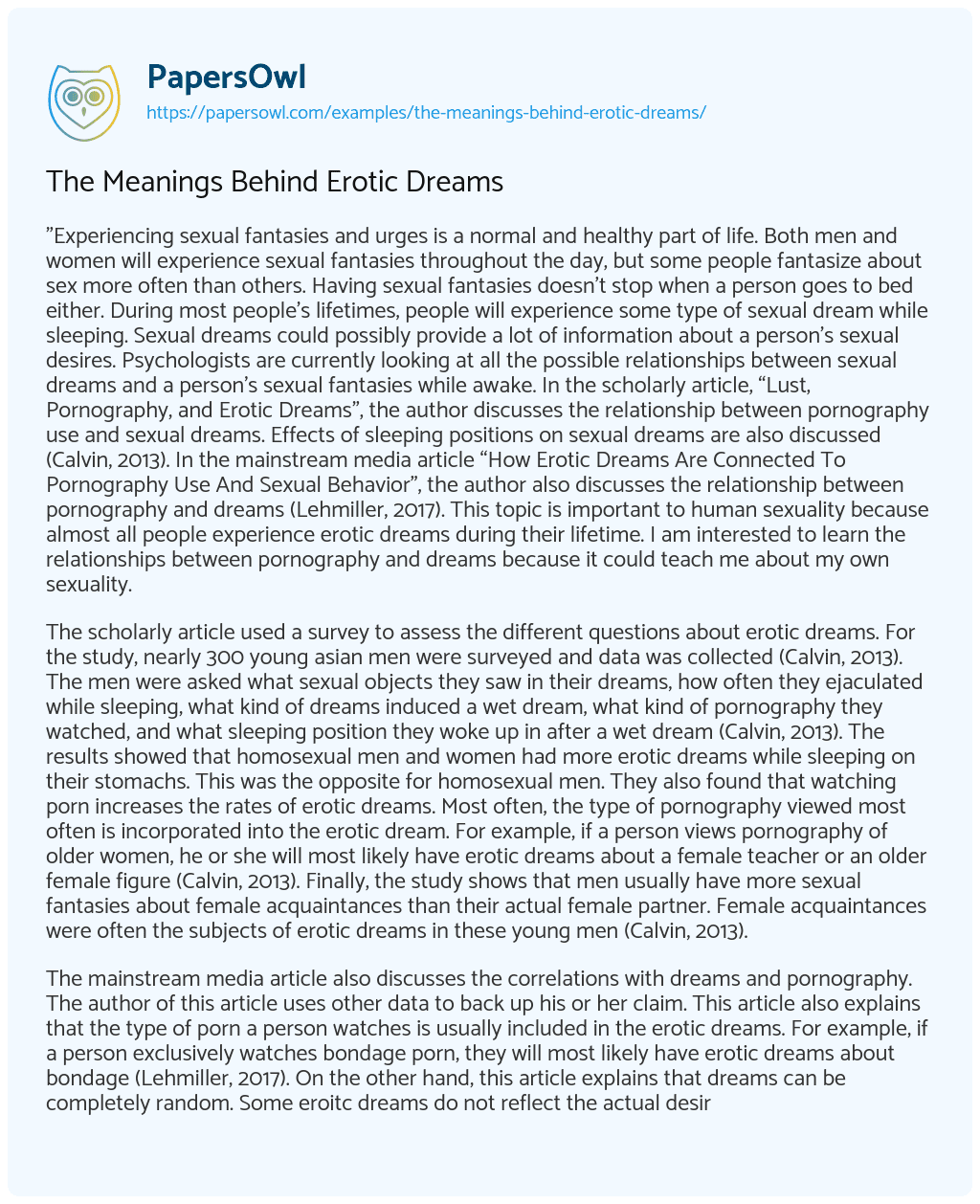 The scholarly article was written by a faculty member from Hong Kong Shue Yan University in Hong Kong (Calvin, 2013). The mainstream media article was written by a doctor, but his credentials are not listed on the article. The author increases his or her credibility when he or she mentions data from a case study. Unfortunately, the name of the study was not listed (Lehmiller, 2017).

Pornography and the Human Sexual Desire

Achieving my Dreams by Understanding how they Work