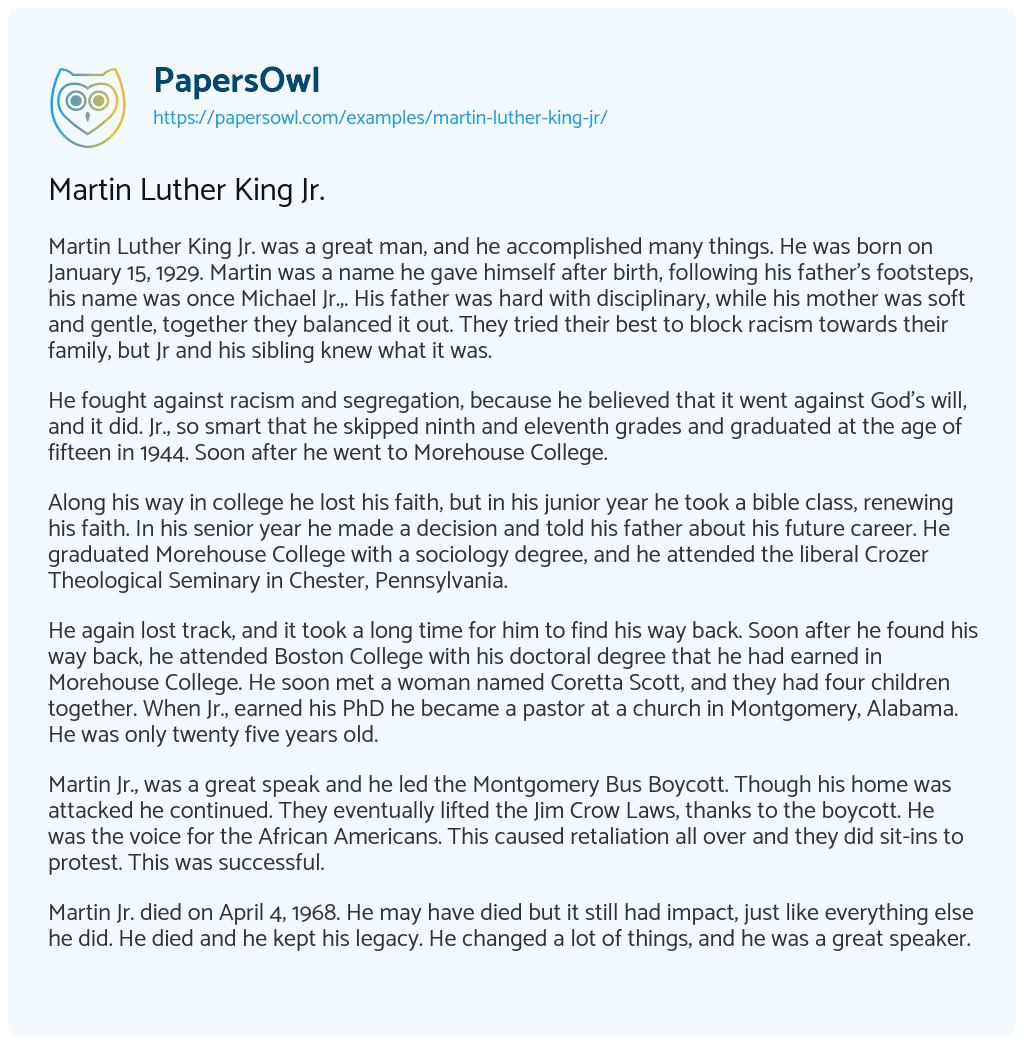 Martin Luther King Jr. was a great man, and he accomplished many things. He was born on January 15, 1929. Martin was a name he gave himself after birth, following his father’s footsteps, his name was once Michael Jr.,. His father was hard with disciplinary, while his mother was soft and gentle, together they balanced it out. They tried their best to block racism towards their family, but Jr and his sibling knew what it was.

He fought against racism and segregation, because he believed that it went against God’s will, and it did. Jr., so smart that he skipped ninth and eleventh grades and graduated at the age of fifteen in 1944. Soon after he went to Morehouse College.

Along his way in college he lost his faith, but in his junior year he took a bible class, renewing his faith. In his senior year he made a decision and told his father about his future career. He graduated Morehouse College with a sociology degree, and he attended the liberal Crozer Theological Seminary in Chester, Pennsylvania.

He again lost track, and it took a long time for him to find his way back. Soon after he found his way back, he attended Boston College with his doctoral degree that he had earned in Morehouse College. He soon met a woman named Coretta Scott, and they had four children together. When Jr., earned his PhD he became a pastor at a church in Montgomery, Alabama. He was only twenty five years old.

Martin Jr., was a great speak and he led the Montgomery Bus Boycott. Though his home was attacked he continued. They eventually lifted the Jim Crow Laws, thanks to the boycott. He was the voice for the African Americans. This caused retaliation all over and they did sit-ins to protest. This was successful.

Martin Jr. died on April 4, 1968. He may have died but it still had impact, just like everything else he did. He died and he kept his legacy. He changed a lot of things, and he was a great speaker.