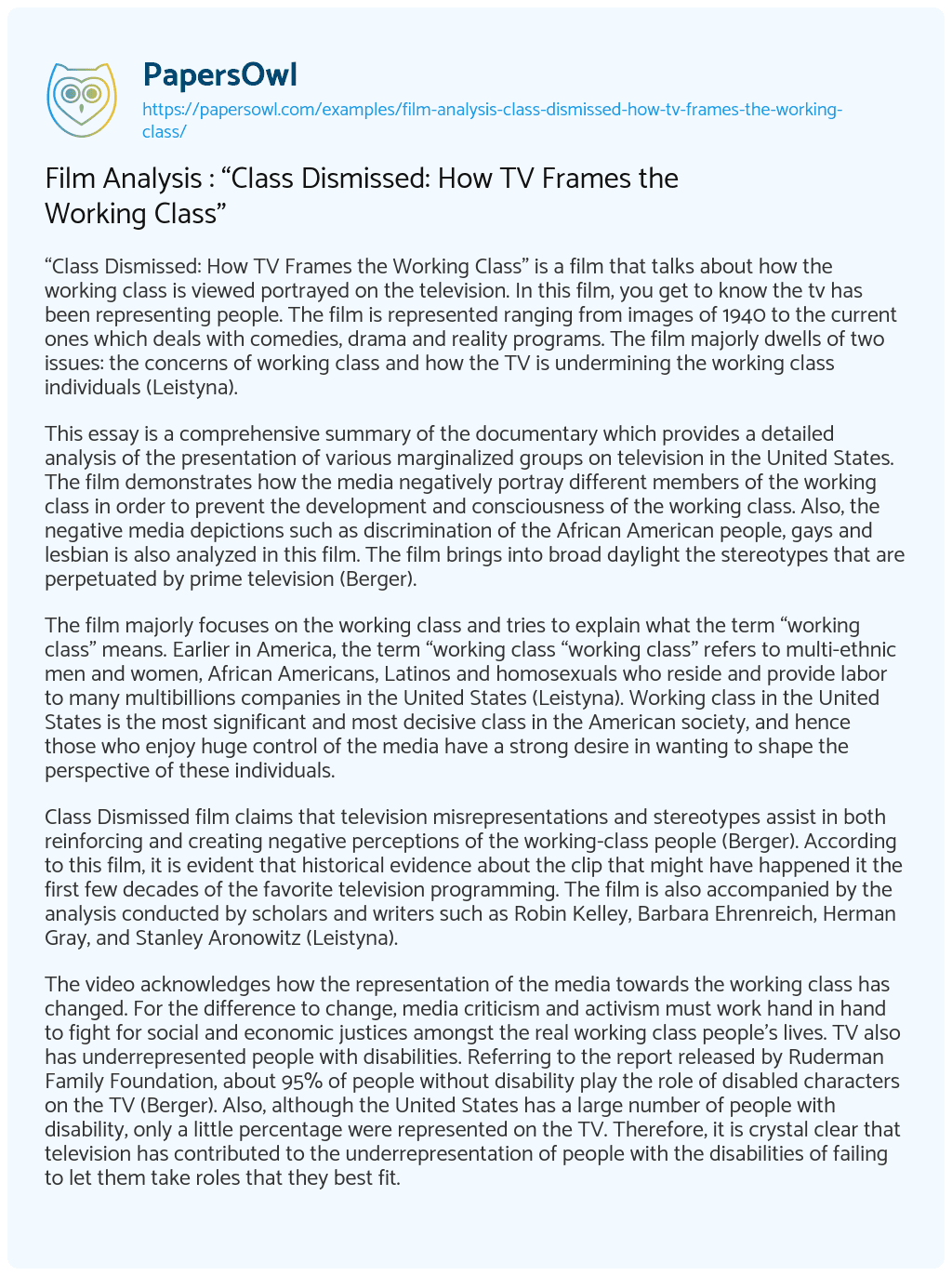 “Class Dismissed: How TV Frames the Working Class” is a film that talks about how the working class is viewed portrayed on the television. In this film, you get to know the tv has been representing people. The film is represented ranging from images of 1940 to the current ones which deals with comedies, drama and reality programs. The film majorly dwells of two issues: the concerns of working class and how the TV is undermining the working class individuals (Leistyna).

This essay is a comprehensive summary of the documentary which provides a detailed analysis of the presentation of various marginalized groups on television in the United States. The film demonstrates how the media negatively portray different members of the working class in order to prevent the development and consciousness of the working class. Also, the negative media depictions such as discrimination of the African American people, gays and lesbian is also analyzed in this film. The film brings into broad daylight the stereotypes that are perpetuated by prime television (Berger).

Class Dismissed film claims that television misrepresentations and stereotypes assist in both reinforcing and creating negative perceptions of the working-class people (Berger). According to this film, it is evident that historical evidence about the clip that might have happened it the first few decades of the favorite television programming. The film is also accompanied by the analysis conducted by scholars and writers such as Robin Kelley, Barbara Ehrenreich, Herman Gray, and Stanley Aronowitz (Leistyna).

The video acknowledges how the representation of the media towards the working class has changed. For the difference to change, media criticism and activism must work hand in hand to fight for social and economic justices amongst the real working class people’s lives. TV also has underrepresented people with disabilities. Referring to the report released by Ruderman Family Foundation, about 95% of people without disability play the role of disabled characters on the TV (Berger). Also, although the United States has a large number of people with disability, only a little percentage were represented on the TV. Therefore, it is crystal clear that television has contributed to the underrepresentation of people with the disabilities of failing to let them take roles that they best fit.