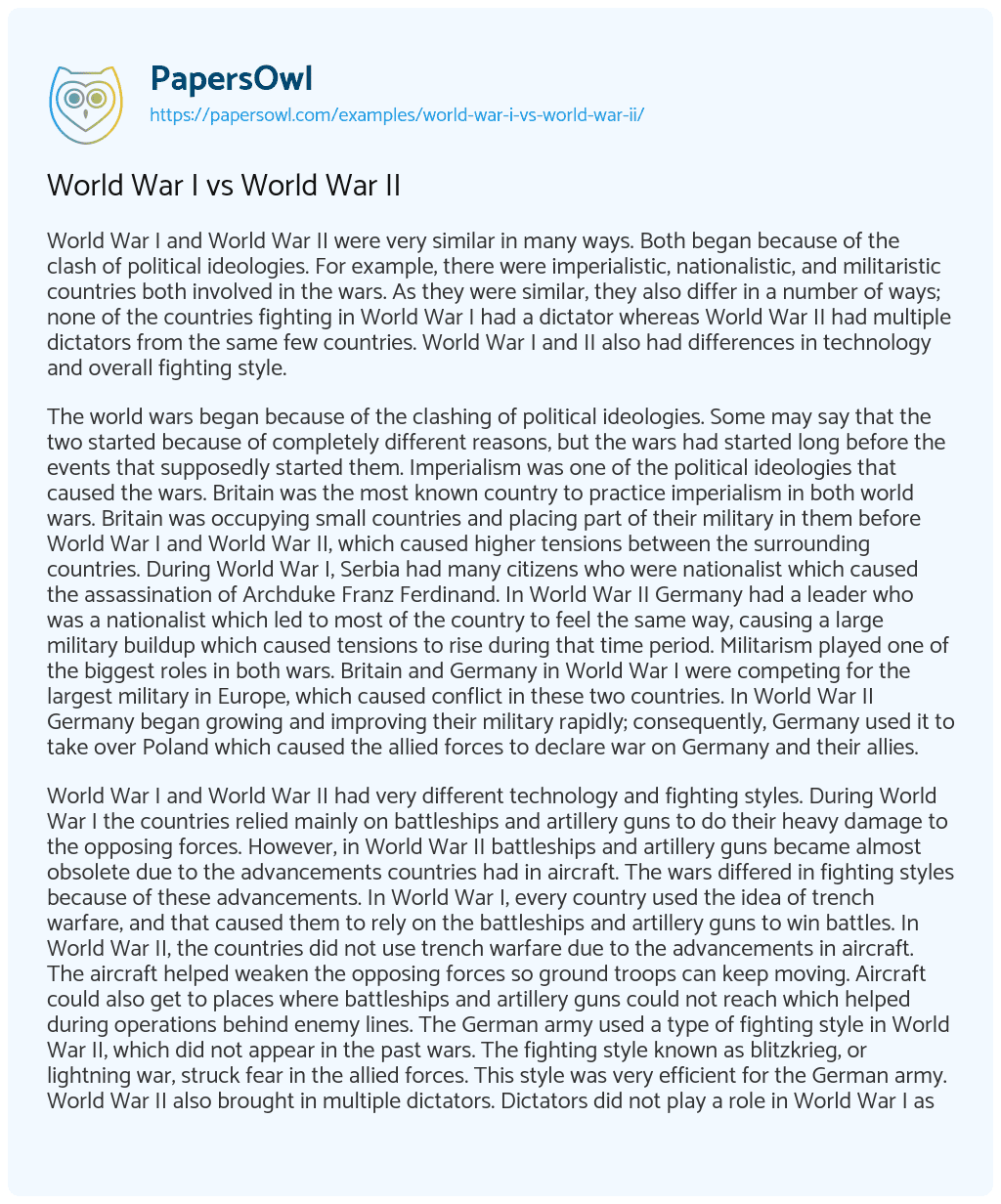 World War I and World War II were very similar in many ways. Both began because of the clash of political ideologies. For example, there were imperialistic, nationalistic, and militaristic countries both involved in the wars. As they were similar, they also differ in a number of ways; none of the countries fighting in World War I had a dictator whereas World War II had multiple dictators from the same few countries. World War I and II also had differences in technology and overall fighting style.

The world wars began because of the clashing of political ideologies. Some may say that the two started because of completely different reasons, but the wars had started long before the events that supposedly started them. Imperialism was one of the political ideologies that caused the wars. Britain was the most known country to practice imperialism in both world wars. Britain was occupying small countries and placing part of their military in them before World War I and World War II, which caused higher tensions between the surrounding countries. During World War I, Serbia had many citizens who were nationalist which caused the assassination of Archduke Franz Ferdinand. In World War II Germany had a leader who was a nationalist which led to most of the country to feel the same way, causing a large military buildup which caused tensions to rise during that time period. Militarism played one of the biggest roles in both wars. Britain and Germany in World War I were competing for the largest military in Europe, which caused conflict in these two countries. In World War II Germany began growing and improving their military rapidly; consequently, Germany used it to take over Poland which caused the allied forces to declare war on Germany and their allies.

Although the two world wars were fought in different ways, they still began because of the clashing of political ideologies. Imperialism, nationalism, and militarism all played huge roles in both wars by causing the major events that are known to start them. World War I and World War II may seem remarkably different, but they are actually more alike than someone might think.

Air Force at the End of World War II