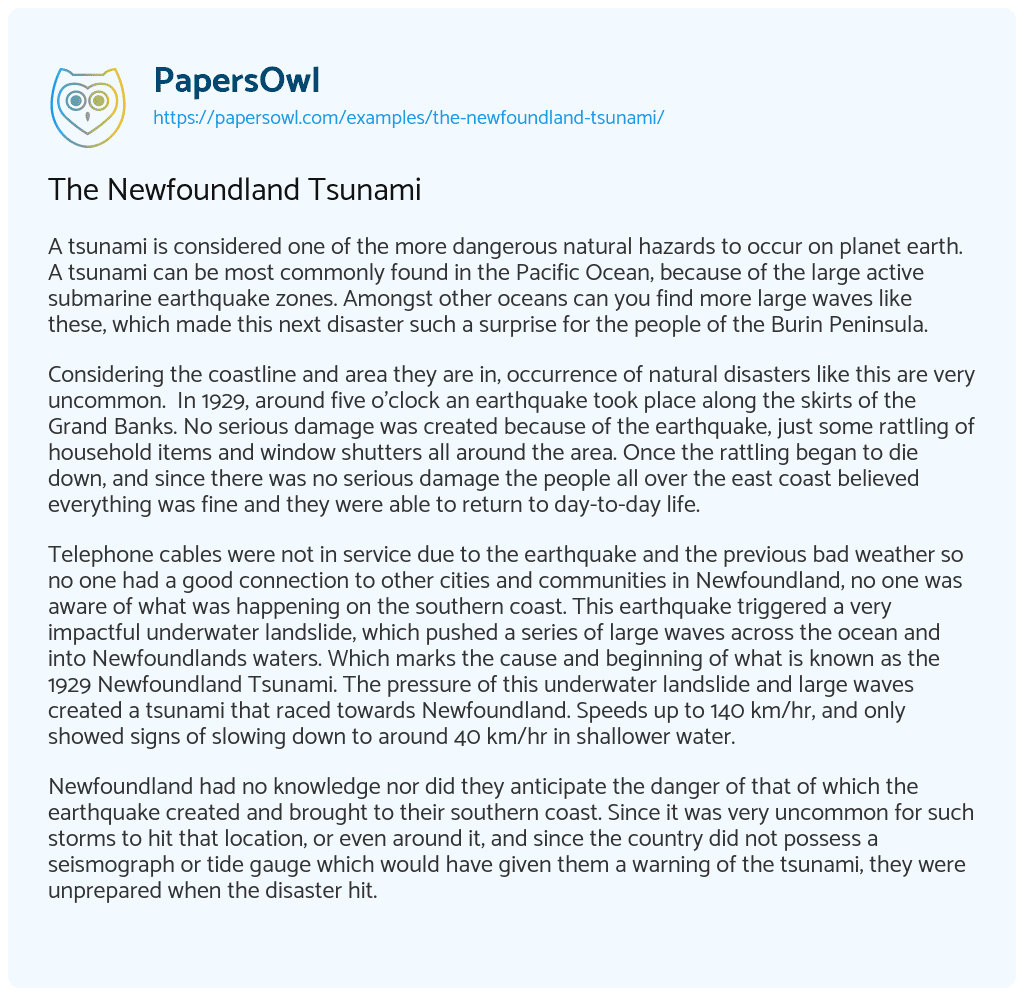 A tsunami is considered one of the more dangerous natural hazards to occur on planet earth. A tsunami can be most commonly found in the Pacific Ocean, because of the large active submarine earthquake zones. Amongst other oceans can you find more large waves like these, which made this next disaster such a surprise for the people of the Burin Peninsula.

Considering the coastline and area they are in, occurrence of natural disasters like this are very uncommon.  In 1929, around five o’clock an earthquake took place along the skirts of the Grand Banks. No serious damage was created because of the earthquake, just some rattling of household items and window shutters all around the area. Once the rattling began to die down, and since there was no serious damage the people all over the east coast believed everything was fine and they were able to return to day-to-day life.

Telephone cables were not in service due to the earthquake and the previous bad weather so no one had a good connection to other cities and communities in Newfoundland, no one was aware of what was happening on the southern coast. This earthquake triggered a very impactful underwater landslide, which pushed a series of large waves across the ocean and into Newfoundlands waters. Which marks the cause and beginning of what is known as the 1929 Newfoundland Tsunami. The pressure of this underwater landslide and large waves created a tsunami that raced towards Newfoundland. Speeds up to 140 km/hr, and only showed signs of slowing down to around 40 km/hr in shallower water.

Newfoundland had no knowledge nor did they anticipate the danger of that of which the earthquake created and brought to their southern coast. Since it was very uncommon for such storms to hit that location, or even around it, and since the country did not possess a seismograph or tide gauge which would have given them a warning of the tsunami, they were unprepared when the disaster hit.

Is it Possible to Make Tsunami Disappear

How to Make a Tsunami Disappear

My Understanding of Tsunami Problem

How Tsunamis Can be Stopped