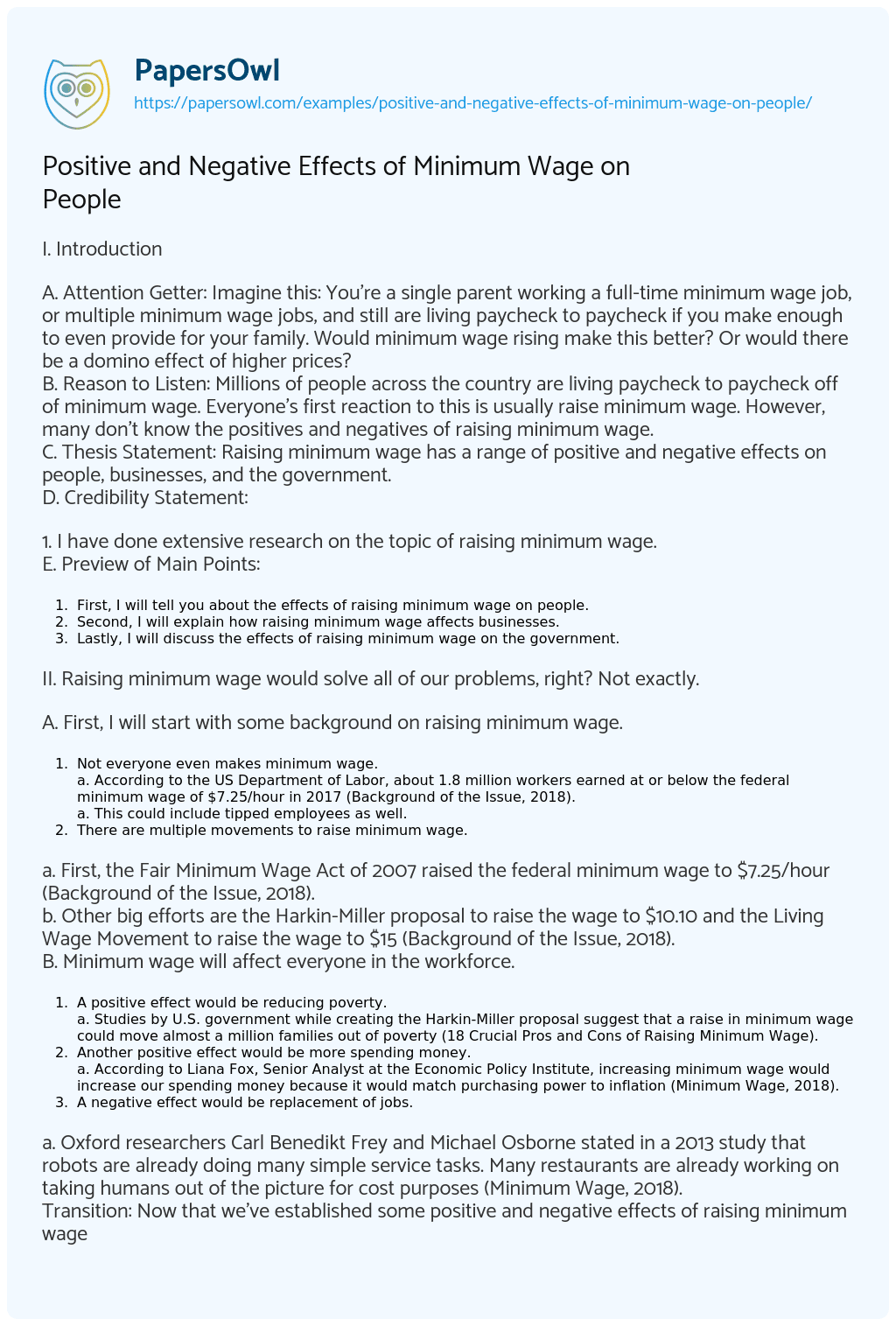 1. I have done extensive research on the topic of raising minimum wage.
E. Preview of Main Points:

II. Raising minimum wage would solve all of our problems, right? Not exactly.

A. First, I will start with some background on raising minimum wage.

a. Oxford researchers Carl Benedikt Frey and Michael Osborne stated in a 2013 study that robots are already doing many simple service tasks. Many restaurants are already working on taking humans out of the picture for cost purposes (Minimum Wage, 2018).
Transition: Now that we’ve established some positive and negative effects of raising minimum wage on people, I will explain how raising minimum wage affects businesses.

Transition: Now that I’ve explained how raising minimum wage can affect businesses, I will describe how it affects the government.
E. The government can tax more when more is made.

F. Minimum wage increasing would also increase the GDP (gross domestic product) of the country, meaning the country would be more productive and making more money based on this.
G. Increasing federal minimum wage too quickly can cause inflation.

III. A. Review of Main Points:

Positive and Negative Effects of Minimum Wage on People. (2019, Oct 08). Retrieved from https://papersowl.com/examples/positive-and-negative-effects-of-minimum-wage-on-people/