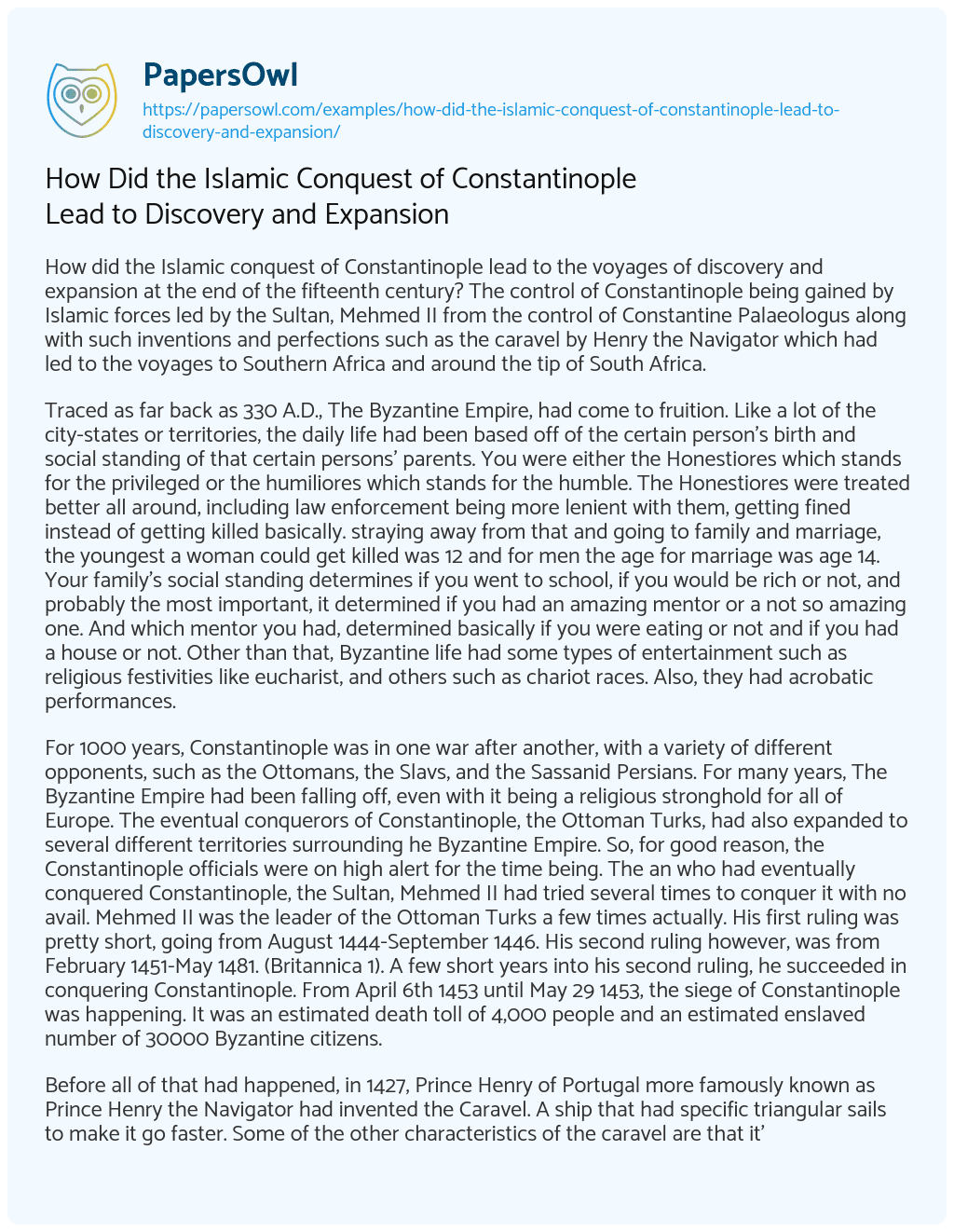 Traced as far back as 330 A.D., The Byzantine Empire, had come to fruition. Like a lot of the city-states or territories, the daily life had been based off of the certain person’s birth and social standing of that certain persons’ parents. You were either the Honestiores which stands for the privileged or the humiliores which stands for the humble. The Honestiores were treated better all around, including law enforcement being more lenient with them, getting fined instead of getting killed basically. straying away from that and going to family and marriage, the youngest a woman could get killed was 12 and for men the age for marriage was age 14. Your family’s social standing determines if you went to school, if you would be rich or not, and probably the most important, it determined if you had an amazing mentor or a not so amazing one. And which mentor you had, determined basically if you were eating or not and if you had a house or not. Other than that, Byzantine life had some types of entertainment such as religious festivities like eucharist, and others such as chariot races. Also, they had acrobatic performances.

For 1000 years, Constantinople was in one war after another, with a variety of different opponents, such as the Ottomans, the Slavs, and the Sassanid Persians. For many years, The Byzantine Empire had been falling off, even with it being a religious stronghold for all of Europe. The eventual conquerors of Constantinople, the Ottoman Turks, had also expanded to several different territories surrounding he Byzantine Empire. So, for good reason, the Constantinople officials were on high alert for the time being. The an who had eventually conquered Constantinople, the Sultan, Mehmed II had tried several times to conquer it with no avail. Mehmed II was the leader of the Ottoman Turks a few times actually. His first ruling was pretty short, going from August 1444-September 1446. His second ruling however, was from February 1451-May 1481. (Britannica 1). A few short years into his second ruling, he succeeded in conquering Constantinople. From April 6th 1453 until May 29 1453, the siege of Constantinople was happening. It was an estimated death toll of 4,000 people and an estimated enslaved number of 30000 Byzantine citizens.

Before all of that had happened, in 1427, Prince Henry of Portugal more famously known as Prince Henry the Navigator had invented the Caravel. A ship that had specific triangular sails to make it go faster. Some of the other characteristics of the caravel are that it’s a very small and a very light ship that is designed for it to be really fast and really swift. It also helped with the rediscovery of the Madeira Islands which was discovered before the fall of Constantinople in 1420. Also, the Azores was discovered in 1427 by Prince Henry with the help of the caravel. Furthermore, the Cape Verde archipelago was discovered by Henry again. As well the inundation of gold in Portugal in 1452 caused the making of the cruzado coins. They were very valuable at the time. One cruzado coin was worth 400 reis.
As well as the gold the caravel prompted many voyages from all over Europe. Many sailors like Christopher Columbus and Ferdinand Magellan took advantage of this, and sailed all over the world. Magellan being from Portugal and Columbus being from Spain, nowadays they are seen as rivals trying to outdo one another. But in actuality, they never knew of each other. Columbus had set sail on the Atlantic on August 3, 1492. And a good 27 years after Columbus had set sail Magellan had set sail on September 20, 1519 from Sanlucar de Barrameda, Spain. And he actually eventually sailed across the world, starting in Spain and ending in Spain. He eventually had tried again but he actually died in the Philippines on April 27, 1521. He died from a poison arrow. All of these explorers had and still have a lasting impact on exploration throughout the ages. From inventions to voyages to skirmishes, this all started with the fall of constantinople.

How Did the Islamic Conquest of Constantinople Lead to Discovery and Expansion. (2021, Mar 16). Retrieved from https://papersowl.com/examples/how-did-the-islamic-conquest-of-constantinople-lead-to-discovery-and-expansion/

Closing the Silk Road and Discovery the New World