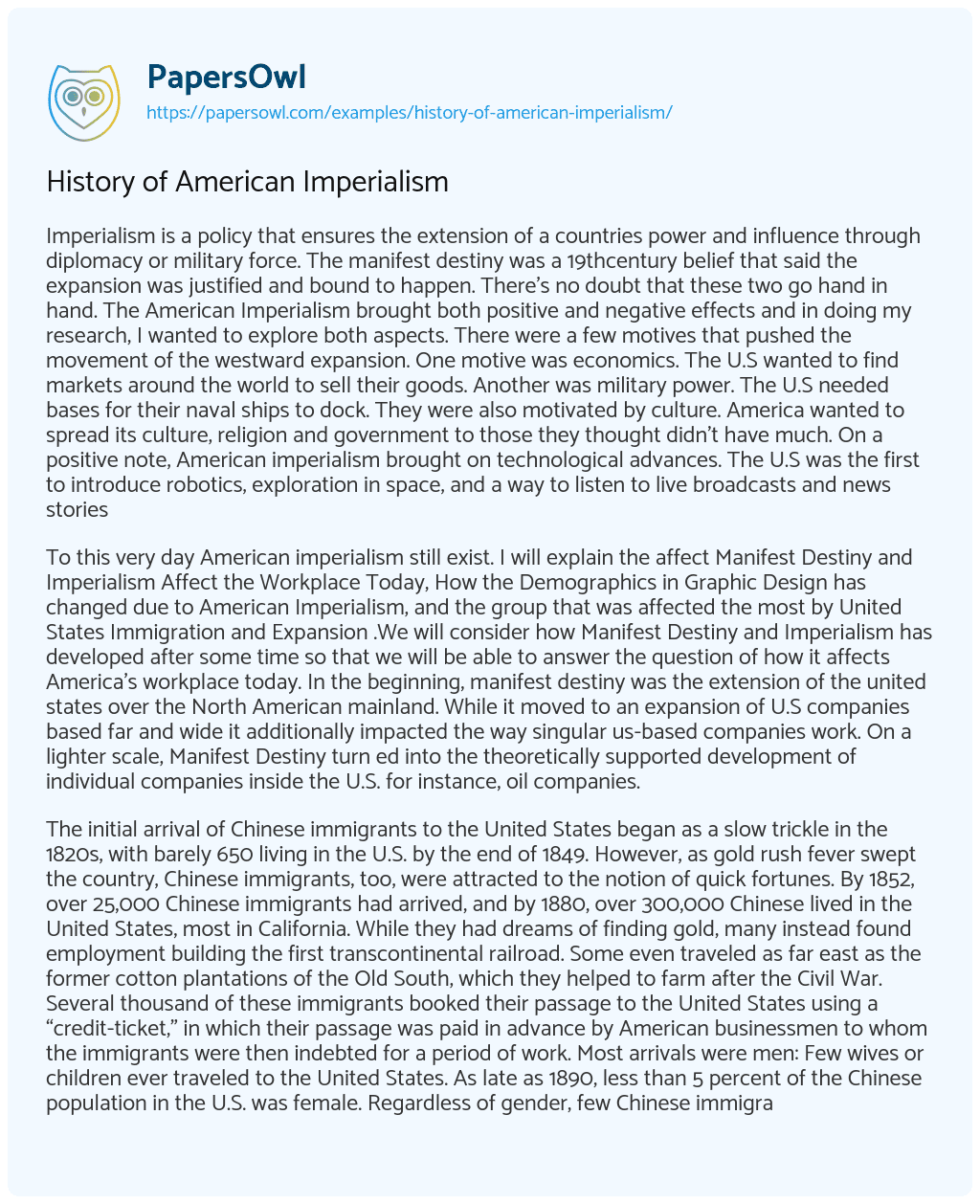 Imperialism is a policy that ensures the extension of a countries power and influence through diplomacy or military force. The manifest destiny was a 19thcentury belief that said the expansion was justified and bound to happen. There’s no doubt that these two go hand in hand. The American Imperialism brought both positive and negative effects and in doing my research, I wanted to explore both aspects. There were a few motives that pushed the movement of the westward expansion. One motive was economics. The U.S wanted to find markets around the world to sell their goods. Another was military power. The U.S needed bases for their naval ships to dock. They were also motivated by culture. America wanted to spread its culture, religion and government to those they thought didn’t have much. On a positive note, American imperialism brought on technological advances. The U.S was the first to introduce robotics, exploration in space, and a way to listen to live broadcasts and news stories

To this very day American imperialism still exist. I will explain the affect Manifest Destiny and Imperialism Affect the Workplace Today, How the Demographics in Graphic Design has changed due to American Imperialism, and the group that was affected the most by United States Immigration and Expansion .We will consider how Manifest Destiny and Imperialism has developed after some time so that we will be able to answer the question of how it affects America’s workplace today. In the beginning, manifest destiny was the extension of the united states over the North American mainland. While it moved to an expansion of U.S companies based far and wide it additionally impacted the way singular us-based companies work. On a lighter scale, Manifest Destiny turn ed into the theoretically supported development of individual companies inside the U.S. for instance, oil companies.