Creating Families Much Later in Life 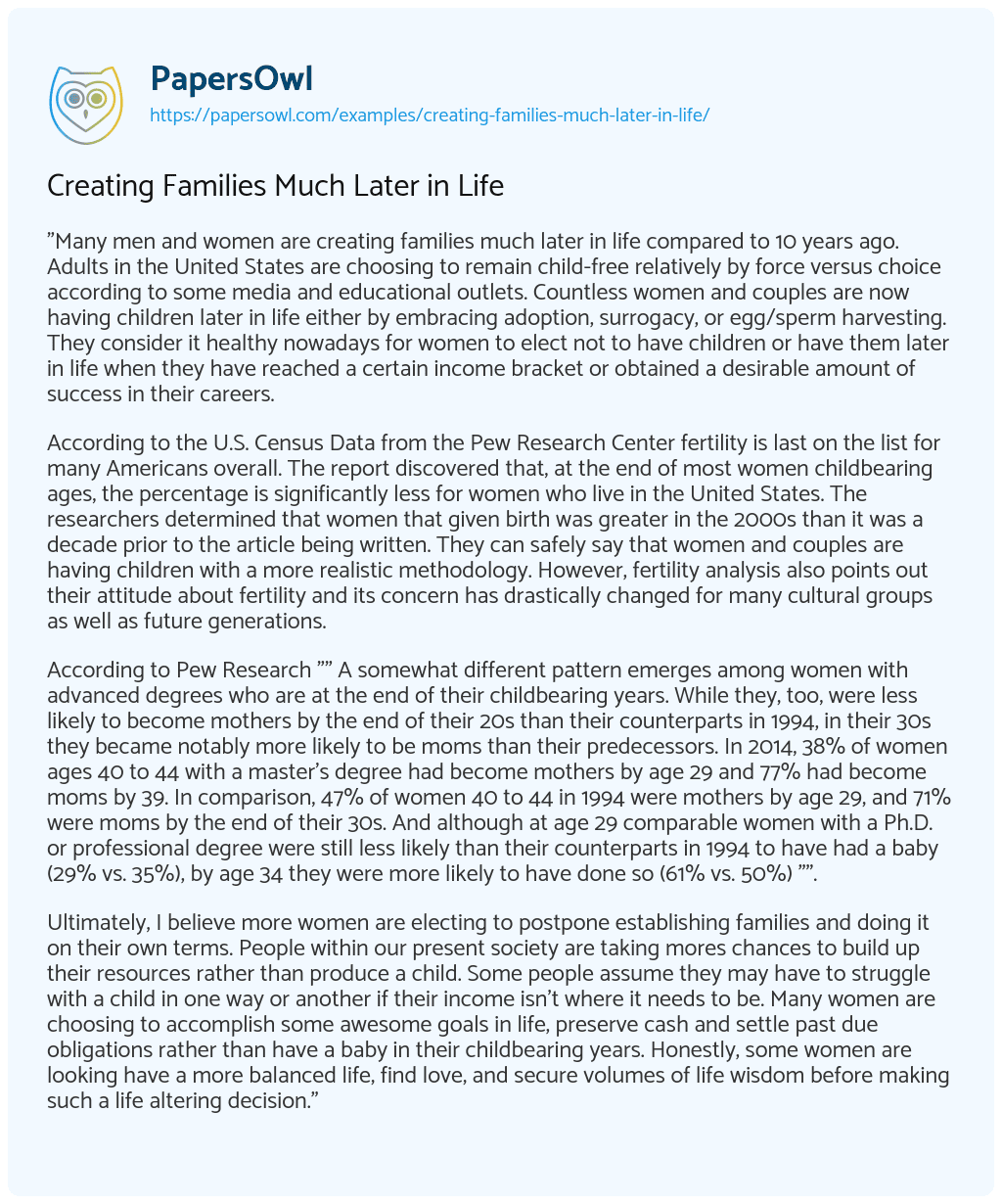 “Many men and women are creating families much later in life compared to 10 years ago. Adults in the United States are choosing to remain child-free relatively by force versus choice according to some media and educational outlets. Countless women and couples are now having children later in life either by embracing adoption, surrogacy, or egg/sperm harvesting. They consider it healthy nowadays for women to elect not to have children or have them later in life when they have reached a certain income bracket or obtained a desirable amount of success in their careers.

According to the U.S. Census Data from the Pew Research Center fertility is last on the list for many Americans overall. The report discovered that, at the end of most women childbearing ages, the percentage is significantly less for women who live in the United States. The researchers determined that women that given birth was greater in the 2000s than it was a decade prior to the article being written. They can safely say that women and couples are having children with a more realistic methodology. However, fertility analysis also points out their attitude about fertility and its concern has drastically changed for many cultural groups as well as future generations.

Ultimately, I believe more women are electing to postpone establishing families and doing it on their own terms. People within our present society are taking mores chances to build up their resources rather than produce a child. Some people assume they may have to struggle with a child in one way or another if their income isn’t where it needs to be. Many women are choosing to accomplish some awesome goals in life, preserve cash and settle past due obligations rather than have a baby in their childbearing years. Honestly, some women are looking have a more balanced life, find love, and secure volumes of life wisdom before making such a life altering decision.”

Creating Families Much Later in Life. (2021, Mar 16). Retrieved from https://papersowl.com/examples/creating-families-much-later-in-life/

Kinship Care is Better for Children and Families

Single Mother Can be Super Successful