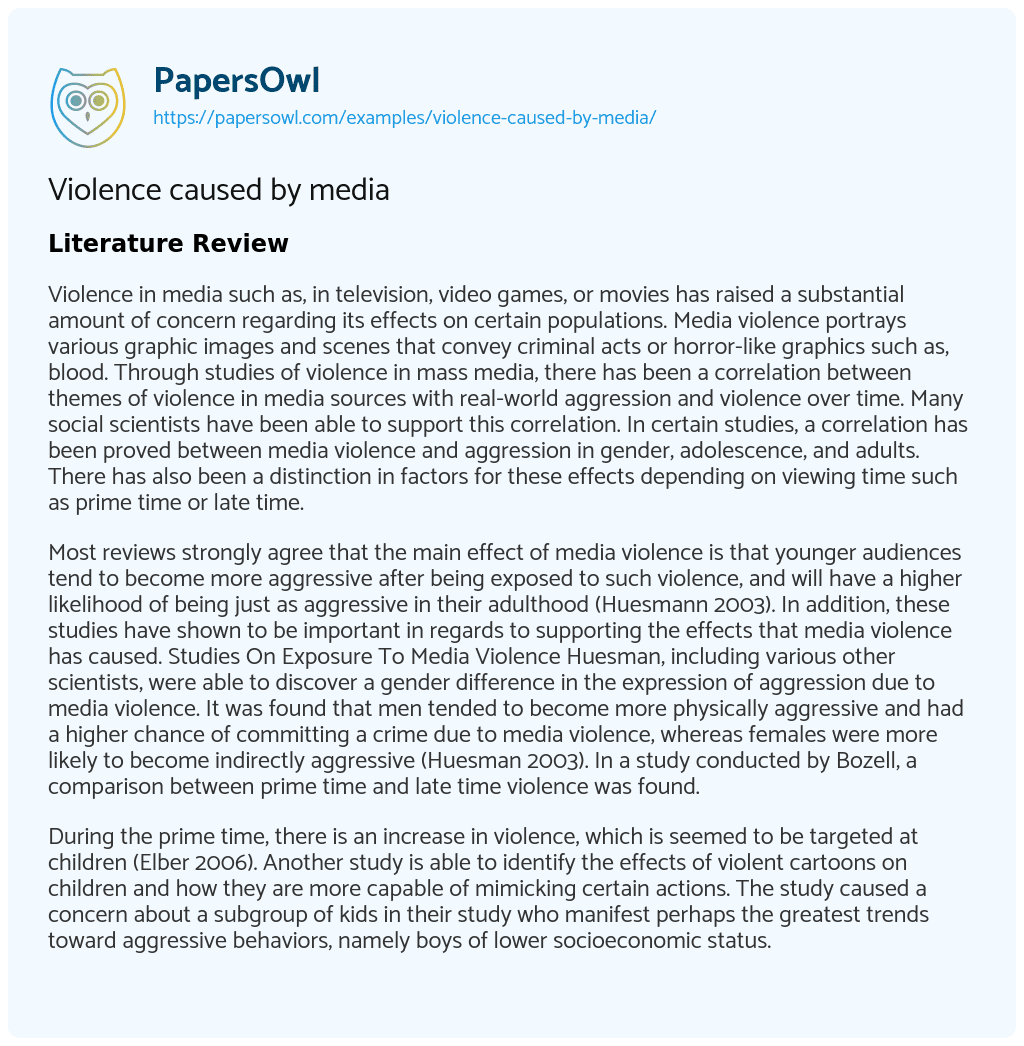 Violence in media such as, in television, video games, or movies has raised a substantial amount of concern regarding its effects on certain populations. Media violence portrays various graphic images and scenes that convey criminal acts or horror-like graphics such as, blood. Through studies of violence in mass media, there has been a correlation between themes of violence in media sources with real-world aggression and violence over time. Many social scientists have been able to support this correlation. In certain studies, a correlation has been proved between media violence and aggression in gender, adolescence, and adults. There has also been a distinction in factors for these effects depending on viewing time such as prime time or late time.

Most reviews strongly agree that the main effect of media violence is that younger audiences tend to become more aggressive after being exposed to such violence, and will have a higher likelihood of being just as aggressive in their adulthood (Huesmann 2003). In addition, these studies have shown to be important in regards to supporting the effects that media violence has caused. Studies On Exposure To Media Violence Huesman, including various other scientists, were able to discover a gender difference in the expression of aggression due to media violence. It was found that men tended to become more physically aggressive and had a higher chance of committing a crime due to media violence, whereas females were more likely to become indirectly aggressive (Huesman 2003). In a study conducted by Bozell, a comparison between prime time and late time violence was found.

During the prime time, there is an increase in violence, which is seemed to be targeted at children (Elber 2006). Another study is able to identify the effects of violent cartoons on children and how they are more capable of mimicking certain actions. The study caused a concern about a subgroup of kids in their study who manifest perhaps the greatest trends toward aggressive behaviors, namely boys of lower socioeconomic status.

Violence Caused by Media or not

Graphic Violence in the Media

Violence in the Mass Media