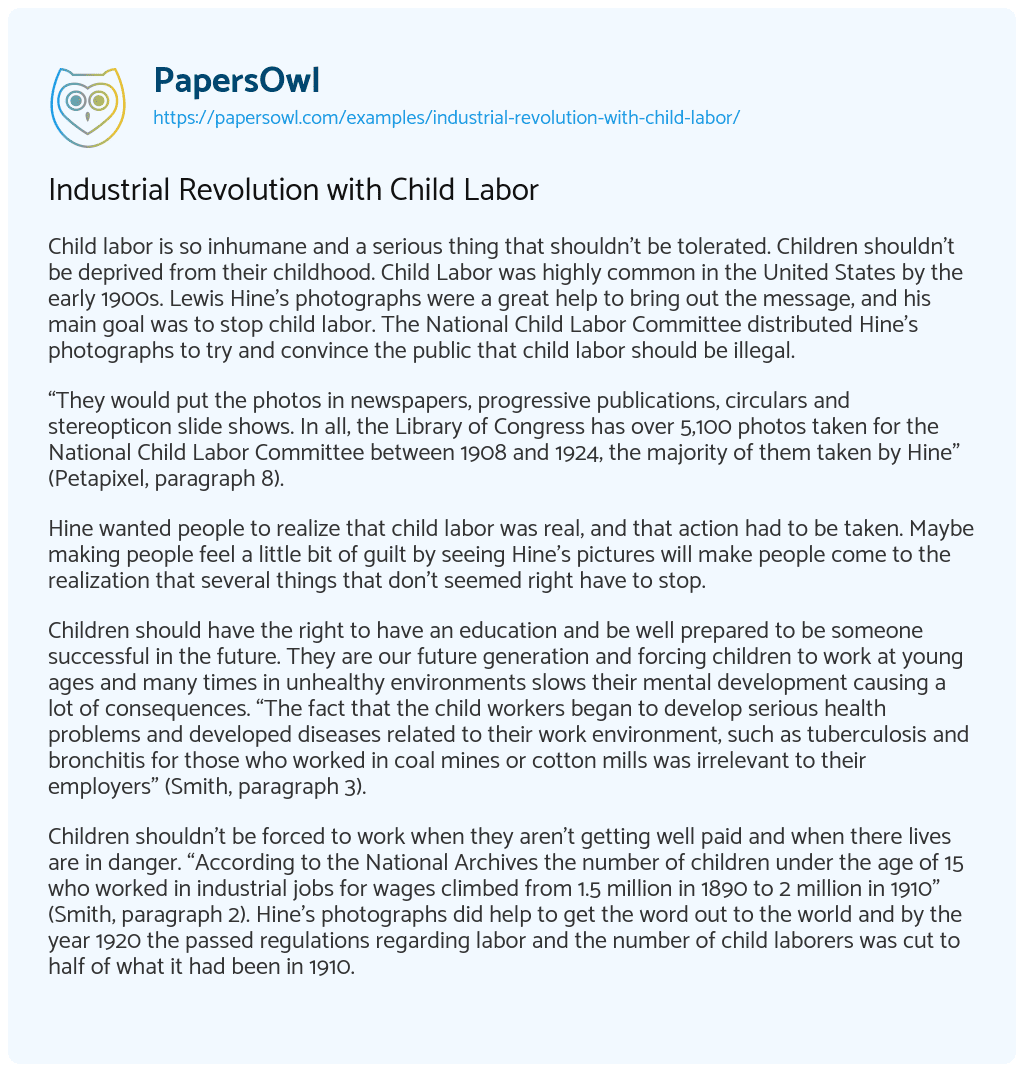 Child labor is so inhumane and a serious thing that shouldn’t be tolerated. Children shouldn’t be deprived from their childhood. Child Labor was highly common in the United States by the early 1900s. Lewis Hine’s photographs were a great help to bring out the message, and his main goal was to stop child labor. The National Child Labor Committee distributed Hine’s photographs to try and convince the public that child labor should be illegal.

“They would put the photos in newspapers, progressive publications, circulars and stereopticon slide shows. In all, the Library of Congress has over 5,100 photos taken for the National Child Labor Committee between 1908 and 1924, the majority of them taken by Hine” (Petapixel, paragraph 8).

Hine wanted people to realize that child labor was real, and that action had to be taken. Maybe making people feel a little bit of guilt by seeing Hine’s pictures will make people come to the realization that several things that don’t seemed right have to stop.

Children should have the right to have an education and be well prepared to be someone successful in the future. They are our future generation and forcing children to work at young ages and many times in unhealthy environments slows their mental development causing a lot of consequences. “The fact that the child workers began to develop serious health problems and developed diseases related to their work environment, such as tuberculosis and bronchitis for those who worked in coal mines or cotton mills was irrelevant to their employers” (Smith, paragraph 3).

Children shouldn’t be forced to work when they aren’t getting well paid and when there lives are in danger. “According to the National Archives the number of children under the age of 15 who worked in industrial jobs for wages climbed from 1.5 million in 1890 to 2 million in 1910” (Smith, paragraph 2). Hine’s photographs did help to get the word out to the world and by the year 1920 the passed regulations regarding labor and the number of child laborers was cut to half of what it had been in 1910.

All Throughout the Industrial Revolution