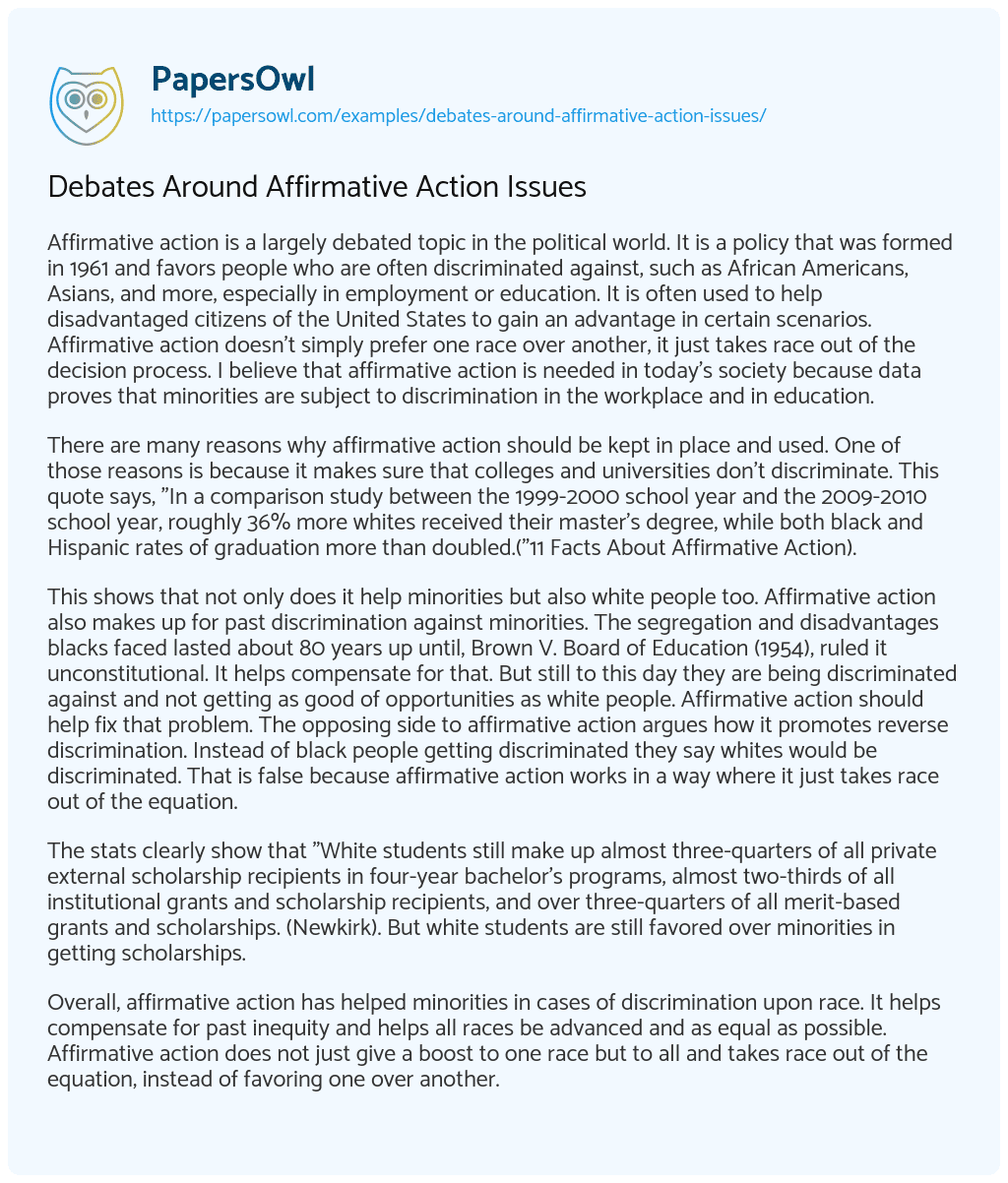 Affirmative action is a largely debated topic in the political world. It is a policy that was formed in 1961 and favors people who are often discriminated against, such as African Americans, Asians, and more, especially in employment or education. It is often used to help disadvantaged citizens of the United States to gain an advantage in certain scenarios. Affirmative action doesn’t simply prefer one race over another, it just takes race out of the decision process. I believe that affirmative action is needed in today’s society because data proves that minorities are subject to discrimination in the workplace and in education.

There are many reasons why affirmative action should be kept in place and used. One of those reasons is because it makes sure that colleges and universities don’t discriminate. This quote says, “In a comparison study between the 1999-2000 school year and the 2009-2010 school year, roughly 36% more whites received their master’s degree, while both black and Hispanic rates of graduation more than doubled.(“11 Facts About Affirmative Action).

Overall, affirmative action has helped minorities in cases of discrimination upon race. It helps compensate for past inequity and helps all races be advanced and as equal as possible. Affirmative action does not just give a boost to one race but to all and takes race out of the equation, instead of favoring one over another.

Affirmative Action and its Concequences