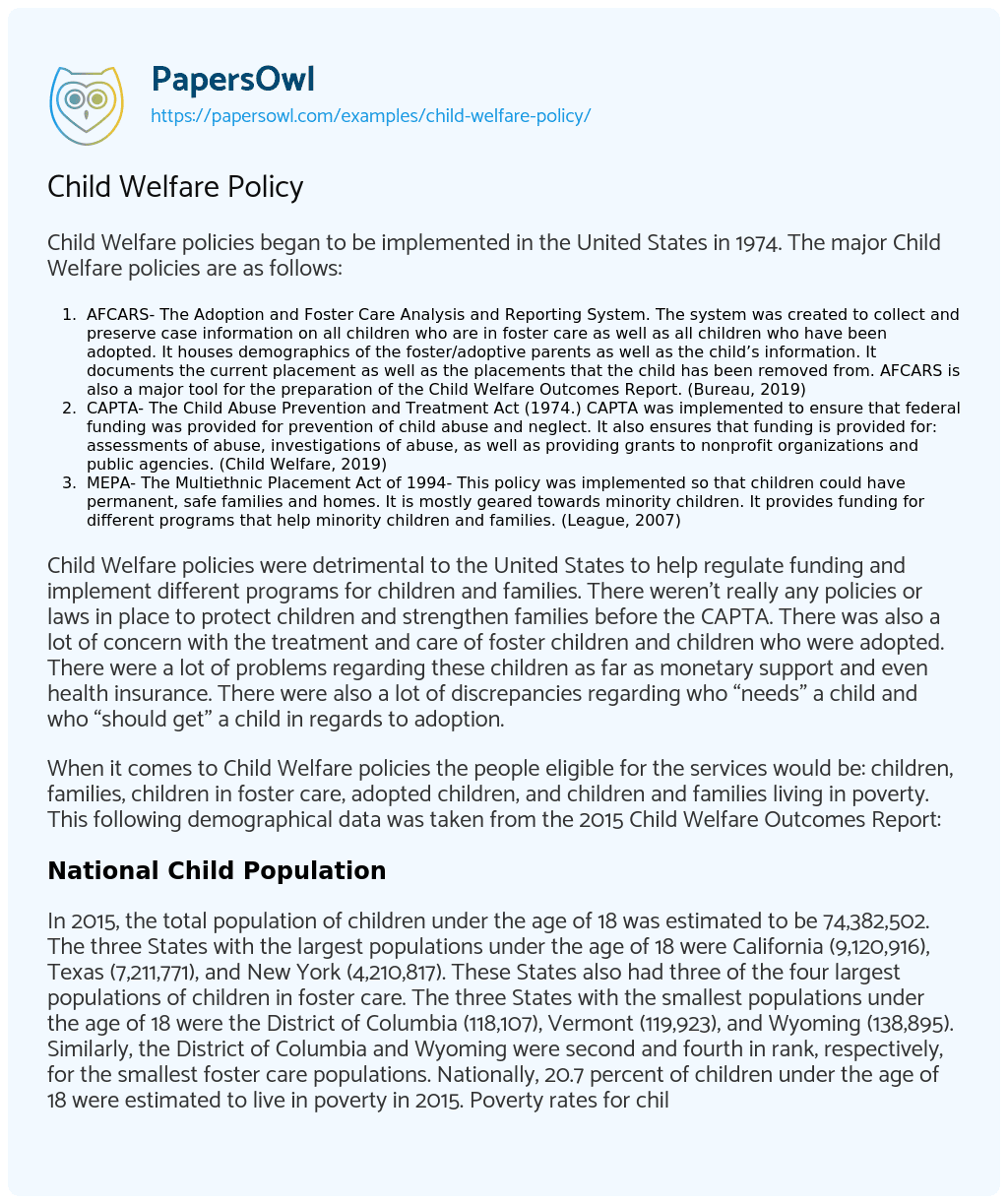 Child Welfare policies were detrimental to the United States to help regulate funding and implement different programs for children and families. There weren’t really any policies or laws in place to protect children and strengthen families before the CAPTA. There was also a lot of concern with the treatment and care of foster children and children who were adopted. There were a lot of problems regarding these children as far as monetary support and even health insurance. There were also a lot of discrepancies regarding who “needs” a child and who “should get” a child in regards to adoption.

When it comes to Child Welfare policies the people eligible for the services would be: children, families, children in foster care, adopted children, and children and families living in poverty. This following demographical data was taken from the 2015 Child Welfare Outcomes Report:

In 2015, the total population of children under the age of 18 was estimated to be 74,382,502. The three States with the largest populations under the age of 18 were California (9,120,916), Texas (7,211,771), and New York (4,210,817). These States also had three of the four largest populations of children in foster care. The three States with the smallest populations under the age of 18 were the District of Columbia (118,107), Vermont (119,923), and Wyoming (138,895). Similarly, the District of Columbia and Wyoming were second and fourth in rank, respectively, for the smallest foster care populations. Nationally, 20.7 percent of children under the age of 18 were estimated to live in poverty in 2015. Poverty rates for children vary widely across states, ranging from 10.7 percent to 58.3 percent, and 23 states (44 percent) have poverty rates above the national average of 20.7 percent. Although there is evidence of a relationship between income and child maltreatment, there is no meaningful correlation between states’ foster care entry rates and their estimated proportion of the child population living in poverty for 2015 (Pearson’s r=–.16).32

Compare and Contrast Child Welfare in the USA and Colombia