What Can you Do? 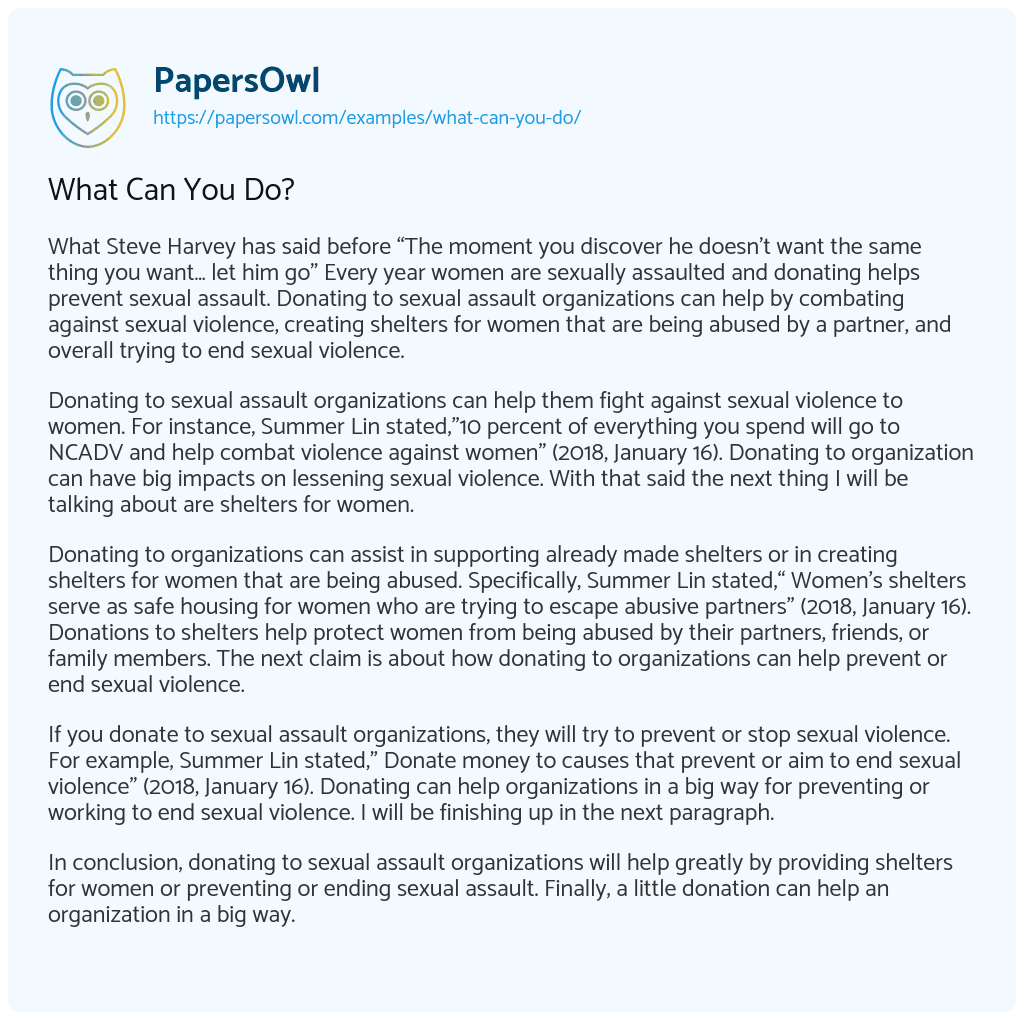 What Steve Harvey has said before “The moment you discover he doesn’t want the same thing you want… let him go” Every year women are sexually assaulted and donating helps prevent sexual assault. Donating to sexual assault organizations can help by combating against sexual violence, creating shelters for women that are being abused by a partner, and overall trying to end sexual violence.

Donating to sexual assault organizations can help them fight against sexual violence to women. For instance, Summer Lin stated,”10 percent of everything you spend will go to NCADV and help combat violence against women” (2018, January 16). Donating to organization can have big impacts on lessening sexual violence. With that said the next thing I will be talking about are shelters for women.

Donating to organizations can assist in supporting already made shelters or in creating shelters for women that are being abused. Specifically, Summer Lin stated,“ Women’s shelters serve as safe housing for women who are trying to escape abusive partners” (2018, January 16). Donations to shelters help protect women from being abused by their partners, friends, or family members. The next claim is about how donating to organizations can help prevent or end sexual violence.

In conclusion, donating to sexual assault organizations will help greatly by providing shelters for women or preventing or ending sexual assault. Finally, a little donation can help an organization in a big way.

The Rise of Sexual Assault in the Military

How Current Military Approach Reduces the Risk of Sexual Assault

Sexual Abuse and Harassment in the Koreas