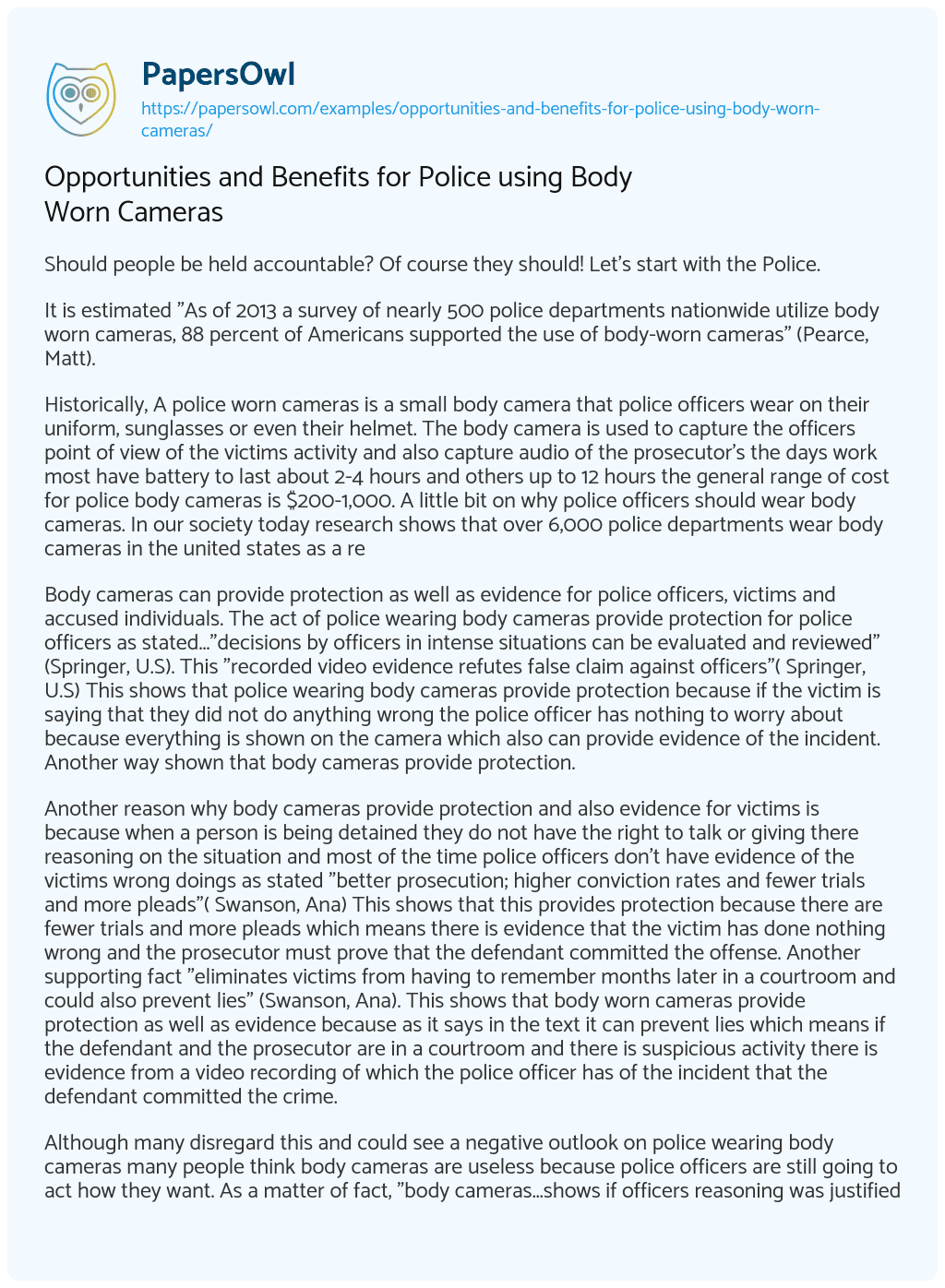 Should people be held accountable? Of course they should! Let’s start with the Police.

It is estimated “As of 2013 a survey of nearly 500 police departments nationwide utilize body worn cameras, 88 percent of Americans supported the use of body-worn cameras” (Pearce, Matt).

Another reason why body cameras provide protection and also evidence for victims is because when a person is being detained they do not have the right to talk or giving there reasoning on the situation and most of the time police officers don’t have evidence of the victims wrong doings as stated “better prosecution; higher conviction rates and fewer trials and more pleads”( Swanson, Ana) This shows that this provides protection because there are fewer trials and more pleads which means there is evidence that the victim has done nothing wrong and the prosecutor must prove that the defendant committed the offense. Another supporting fact “eliminates victims from having to remember months later in a courtroom and could also prevent lies” (Swanson, Ana). This shows that body worn cameras provide protection as well as evidence because as it says in the text it can prevent lies which means if the defendant and the prosecutor are in a courtroom and there is suspicious activity there is evidence from a video recording of which the police officer has of the incident that the defendant committed the crime.

Although many disregard this and could see a negative outlook on police wearing body cameras many people think body cameras are useless because police officers are still going to act how they want. As a matter of fact, “body cameras…shows if officers reasoning was justified for arresting accused individual” ( Chimel v. California). Generally speaking this shows that if the prosecutor was going to disobey law such as not having a valid reasoning on why they are pulling you over known as “police misconduct” or any other crimes which basically is “violating the rights of citizens” there will be shown proven evidence from the body cameras which also can potentially result in the officer being forced to resign. “clears documentation of encounter with suspect” (Chimel v. California)

In fact generally speaking, body cameras for police officers are very useful because they provide protection for officers as well as , accused individuals and victims.

How do Police Body Cameras Work?