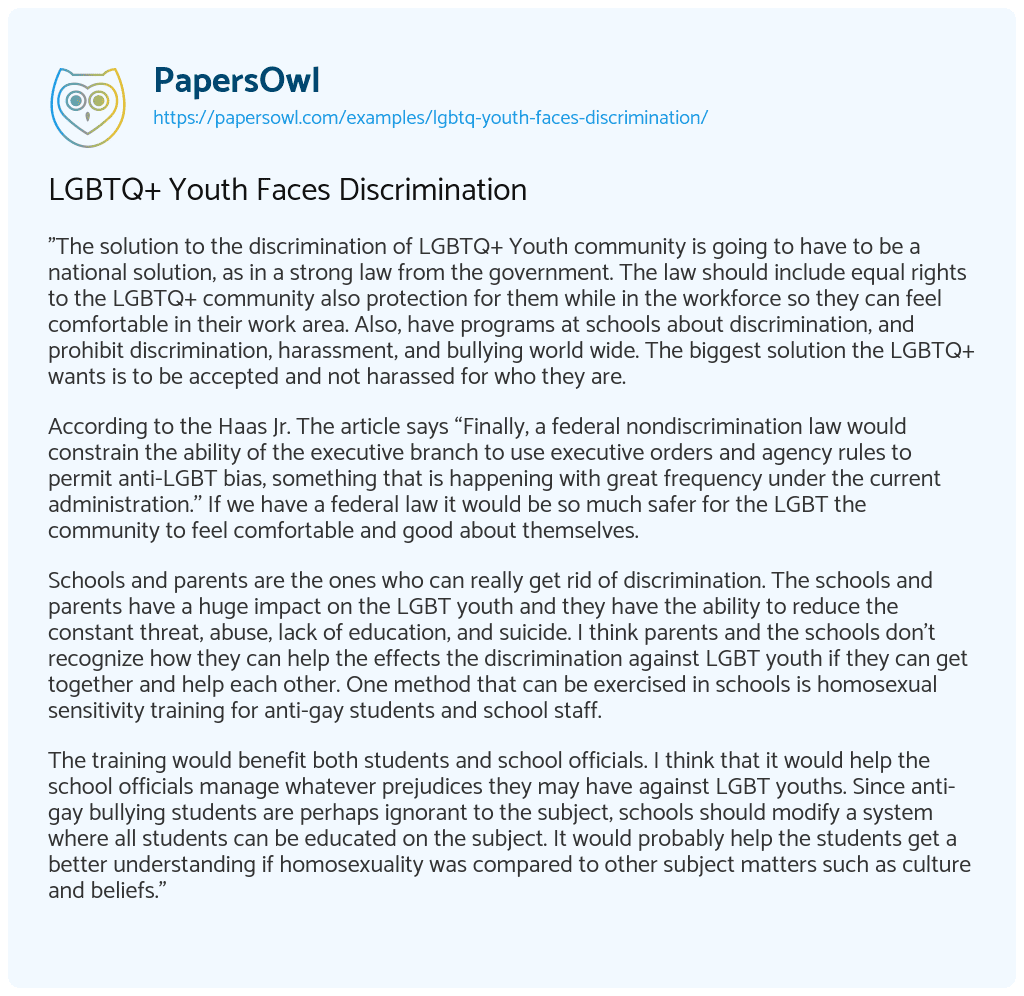 “The solution to the discrimination of LGBTQ+ Youth community is going to have to be a national solution, as in a strong law from the government. The law should include equal rights to the LGBTQ+ community also protection for them while in the workforce so they can feel comfortable in their work area. Also, have programs at schools about discrimination, and prohibit discrimination, harassment, and bullying world wide. The biggest solution the LGBTQ+ wants is to be accepted and not harassed for who they are.

According to the Haas Jr. The article says “Finally, a federal nondiscrimination law would constrain the ability of the executive branch to use executive orders and agency rules to permit anti-LGBT bias, something that is happening with great frequency under the current administration.’’ If we have a federal law it would be so much safer for the LGBT the community to feel comfortable and good about themselves.

Schools and parents are the ones who can really get rid of discrimination. The schools and parents have a huge impact on the LGBT youth and they have the ability to reduce the constant threat, abuse, lack of education, and suicide. I think parents and the schools don’t recognize how they can help the effects the discrimination against LGBT youth if they can get together and help each other. One method that can be exercised in schools is homosexual sensitivity training for anti-gay students and school staff.

The training would benefit both students and school officials. I think that it would help the school officials manage whatever prejudices they may have against LGBT youths. Since anti-gay bullying students are perhaps ignorant to the subject, schools should modify a system where all students can be educated on the subject. It would probably help the students get a better understanding if homosexuality was compared to other subject matters such as culture and beliefs.”