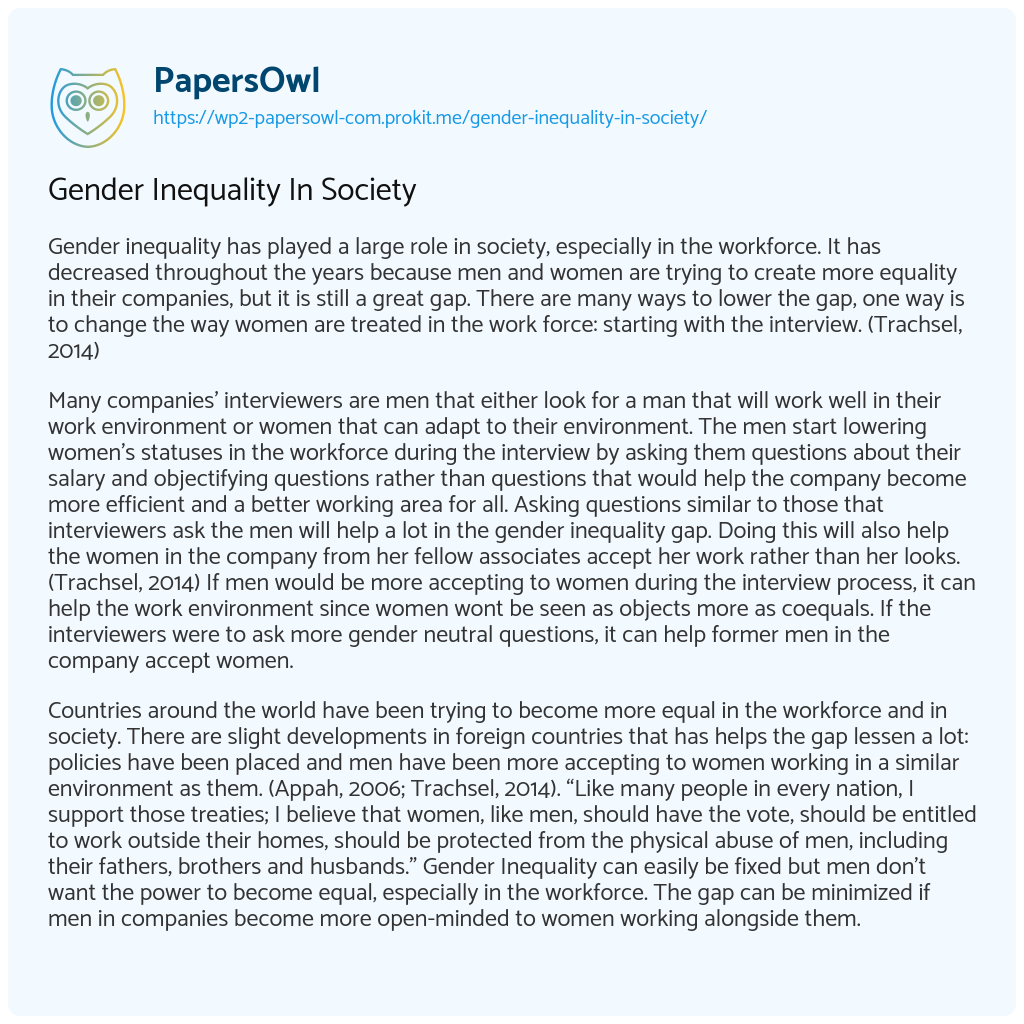 Gender inequality has played a large role in society, especially in the workforce. It has decreased throughout the years because men and women are trying to create more equality in their companies, but it is still a great gap. There are many ways to lower the gap, one way is to change the way women are treated in the work force: starting with the interview. (Trachsel, 2014)

Many companies’ interviewers are men that either look for a man that will work well in their work environment or women that can adapt to their environment. The men start lowering women’s statuses in the workforce during the interview by asking them questions about their salary and objectifying questions rather than questions that would help the company become more efficient and a better working area for all. Asking questions similar to those that interviewers ask the men will help a lot in the gender inequality gap. Doing this will also help the women in the company from her fellow associates accept her work rather than her looks. (Trachsel, 2014) If men would be more accepting to women during the interview process, it can help the work environment since women wont be seen as objects more as coequals. If the interviewers were to ask more gender neutral questions, it can help former men in the company accept women.

Countries around the world have been trying to become more equal in the workforce and in society. There are slight developments in foreign countries that has helps the gap lessen a lot: policies have been placed and men have been more accepting to women working in a similar environment as them. (Appah, 2006; Trachsel, 2014). “Like many people in every nation, I support those treaties; I believe that women, like men, should have the vote, should be entitled to work outside their homes, should be protected from the physical abuse of men, including their fathers, brothers and husbands.” Gender Inequality can easily be fixed but men don’t want the power to become equal, especially in the workforce. The gap can be minimized if men in companies become more open-minded to women working alongside them.

Gender Inequality In Society. (2019, May 12). Retrieved from https://papersowl.com/examples/gender-inequality-in-society/