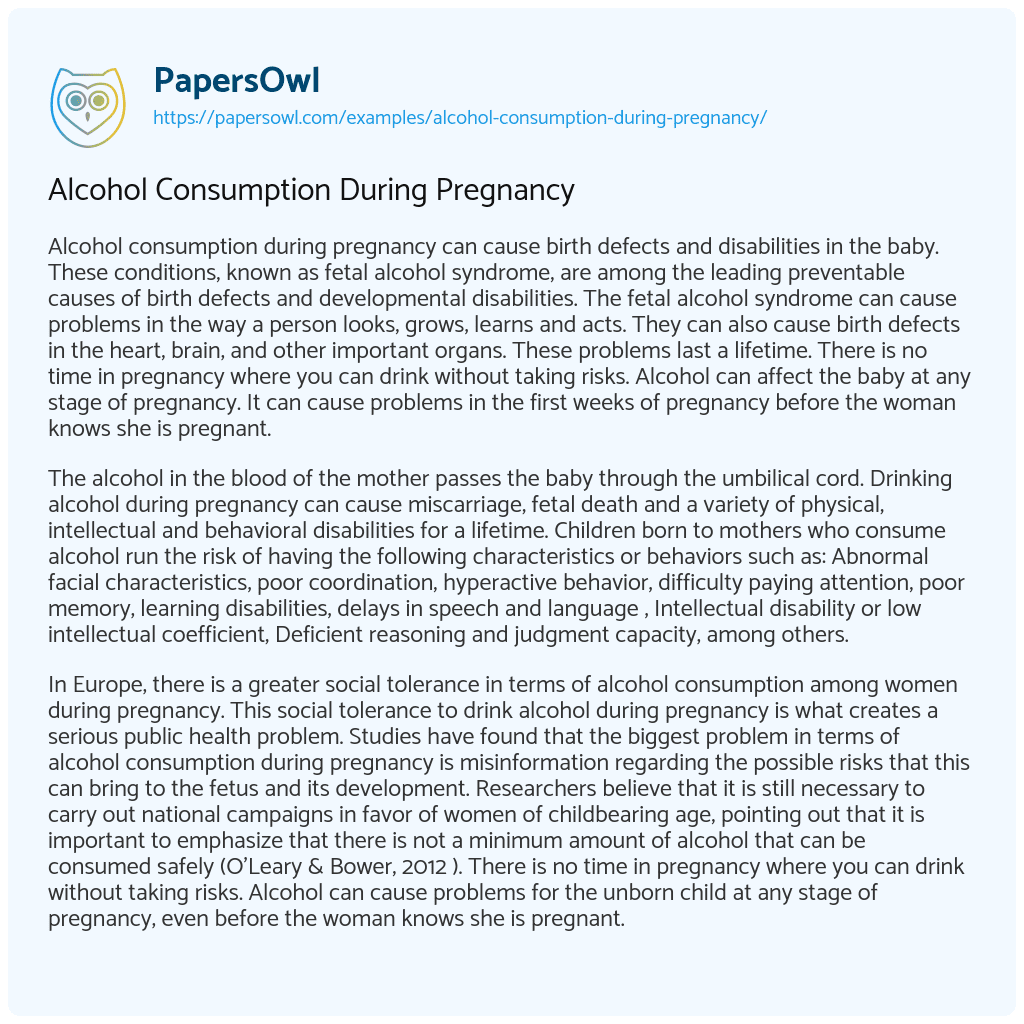 Alcohol consumption during pregnancy can cause birth defects and disabilities in the baby. These conditions, known as fetal alcohol syndrome, are among the leading preventable causes of birth defects and developmental disabilities. The fetal alcohol syndrome can cause problems in the way a person looks, grows, learns and acts. They can also cause birth defects in the heart, brain, and other important organs. These problems last a lifetime. There is no time in pregnancy where you can drink without taking risks. Alcohol can affect the baby at any stage of pregnancy. It can cause problems in the first weeks of pregnancy before the woman knows she is pregnant.

The alcohol in the blood of the mother passes the baby through the umbilical cord. Drinking alcohol during pregnancy can cause miscarriage, fetal death and a variety of physical, intellectual and behavioral disabilities for a lifetime. Children born to mothers who consume alcohol run the risk of having the following characteristics or behaviors such as: Abnormal facial characteristics, poor coordination, hyperactive behavior, difficulty paying attention, poor memory, learning disabilities, delays in speech and language , Intellectual disability or low intellectual coefficient, Deficient reasoning and judgment capacity, among others.

In Europe, there is a greater social tolerance in terms of alcohol consumption among women during pregnancy. This social tolerance to drink alcohol during pregnancy is what creates a serious public health problem. Studies have found that the biggest problem in terms of alcohol consumption during pregnancy is misinformation regarding the possible risks that this can bring to the fetus and its development. Researchers believe that it is still necessary to carry out national campaigns in favor of women of childbearing age, pointing out that it is important to emphasize that there is not a minimum amount of alcohol that can be consumed safely (O’Leary & Bower, 2012 ). There is no time in pregnancy where you can drink without taking risks. Alcohol can cause problems for the unborn child at any stage of pregnancy, even before the woman knows she is pregnant.

Drinking during Pregnancy Effects on Health